You must be familiar with Nikki DeLoach from numerous amazing movies and Tv series. Nikki DeLoach is indeed a gorgeous and incredible actress.

Most Recently, We can see the actress in the Tv series, Five more minutes as Clara and in 9–1–1 as Jannell in the episode The New Abnormal.

However, Nikki DeLoach is best known for playing Ashlee in The Hunted thriller film and medical drama television series Grey’s Anatomy as Charlotte.

Besides, the actress has appeared in several movies and Tv series, notably CSI: Crime Scene Investigation, Love & Other Drugs, The Net 2.0, Criminal Minds, NCIS, Windfall and many others.

Further, continue reading if you’re interested in knowing juicy details on this gorgeous and brilliant actress!

Nikki DeLoach is more than just being an actress,

The drop-dead gorgeous actress is also a Teacher, Co-founder of “What We Are,” and A spokesperson for Alzheimer’s Association and CHLA.

Besides, she is a gracious Mother, a loving Wife and an avid Animal Lover.

Nikki was always fascinated by the pageant world from a young age. She was wrapped in various pageants, winning several state and national titles as a teenager.

Therefore, DeLoach stepped into the modeling field and got a lot of modeling jobs for print ad modeling.

Moreover, Nikki spent one summer in New York City with her mother to pursue a modeling career.

Nikki DeLoach has two siblings; a younger sister Leanne, a Valdosta State University graduate, and Brett. He is a baseball player at the University of Georgia.

Actress Nikki is about 42 years old as of 2021. She is stunningly beautiful, standing perfectly 1.65 m tall and having heavenly hazel eyes and Wavy Light Brunette Hair.

The actress graduated from The University of Maryland, receiving an English and Psychology degree as per her education qualification.

Nikki DeLoach has had a blissful marriage with Ryan Goodell for over a decade. Ryan Goodell is a member of the boy band Take 5.

The lovely pair met, fell in love and tied the knot in September 2009. Nikki and Ryan have two cute kids together.

First, The pair gave birth to a baby boy on October 22, 2013. He is William Hudson Goodell. Their second son Bennett Christopher Gooddell was born on September 20, 2017.

Furthermore, The couple’s second-born child, Bennett, had multiple heart defects when Nikki was just five months pregnant with him.

Sadly, the doctor has said he might not survive; however, luckily, the doctor could save the baby’s life as the baby was hospital-headed to CHLA just after the day he was born.

Nikki’s second-born child went into surgery on September 25. Fortunately, cardiothoracic surgeon Vaughn Starnes completed the surgery that most infants do not survive.

How rich is Nikki DeLoach? Know her Income, Earnings and Networth.

As a fan, This is a common thing to wonder about. We, as a fan, speculate many things about the celebrity, such as their relationships, personal life, income and riches.

So, to clear your thoughts about the actress’s networth, keep reading.

Actress Nikki holds a staggering networth of over $1 Million.

She accumulates this large fortune from her successful career in the film industry. The actress has appeared in eight films and twenty-two Tv series to date.

Nikki DeLoach first stepped into the film industry in 1993, joining the All-New Mickey Mouse Club. She dated Chasez, a boy band NSYNC with Timberlake during that period.

Moreover, she was mentioned by her nickname Peaches in the liner notes of the band’s first American album.

Sadly, in 1994 The Mickey Mouse Club was canceled, and Nikki moved to Los Angeles with her grandmother to pursue an acting career in 1995.

Since then, the actress has appeared in various films and Tv shows.

Her work in 1995 includes Television appearances in Misery Loves Company featuring the main role, Tracy. Similarly, Nikki got her first film role in 1997, featuring Kate in Traveller and Kristen Yarnell in Gunfighter’s Moon.

Furthermore, the actress became a member of Innosense in 1998, managed by Justin Timberlake’s mother, Lynn Harless. The group had moderate success in Europe; meanwhile, it had little impact in the US.

Sadly, the band called its quits in 2003; however, they did make a guest appearance in the film, Longshot before disbanding.

The breakup of the Innosense led Nikki to focus on acting. Further, she appeared in the Sandra Bullock thriller The Net, called The Net 2.0. Besides, she played in the series Emerald Cove with her Mouseketeers.

Her Tv series credits include North Shore, on Fox and Windfall. Besides, she made guest appearances in Grounded for Life, Walker: Texas Ranger, Cold Case, and CSI: NY.

Moreover, Nikki DeLoach featured the mother of the main character Jenna Hamilton, Lacey Hamilton, on MTV’S Awkward. She has featured in a few films on the Hallmark Channel.

In addition, The actress played in the French comedy film Hollywood with Florence Foresti. She is the co-host on the young Turks Livestream, where she co-hosts occasionally.

Ryan Goodell is a 41-year-old handsome and charming musician and a legal representative. He was a member of an American boy band, Take 5, from Orlando, Florida.

The band was formed in 1997, consisting of the band members of 5 boys.

After the band’s breakup, Ryan Graduated from UCLA in 2005 then attended Loyola Law School in Los Angeles. He graduated in May 2009 with an emphasis on entertainment law. 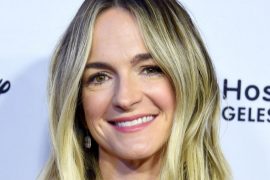 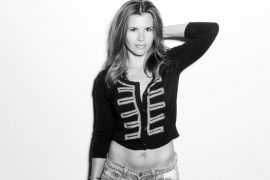