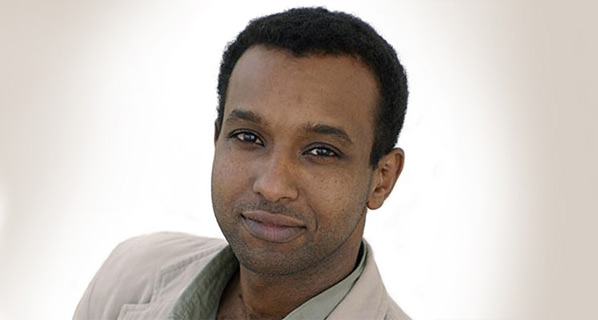 Better a good journalist than a poor assassin. The quote can be applied to Rageh Omaar who has proved himself as a virtuous correspondent.  The veteran has worked on several renowned networks including BBC, Al Jazeera, and ITV News.

With a prosperous career, Rageh Omaar is blessed with wealthy personal life. Well, he is a married man and shares three children together with his wife. Currently, Omaar resides in Chiswick, west London and enjoying his tremendous net worth.

Rageh Omaar was born on 19th July 1967, Mogadishu, Somalia, to a wealthy businessman. Furthermore, he relocated to the United Kingdom at the age of two with his family. As per his nationality, Omaar holds dual citizenship card British and Somalian.

Omaar grew up along with his several siblings. Likewise, he is the younger brother of a former Foreign Minister of Somalia, Mohamed Abdullahi Omaar.

For high school, Omaar went to independent schools like the Dragon School in Oxford and Cheltenham College in Cheltenham, Gloucestershire. Moreover, he is a proud graduate of Modern History from New College at the University of Oxford.

At the beginning of his career, Rageh served as a trainee for The Voice newspaper. Thereafter, he became the freelancer for the BBC World Service. Afterward, he worked as BBC’s Africa correspondent in South Africa.

Omaar came to limelight after live covering the conflicts in Somalia and Iraq invasion. Moreover, he also wrote a book concerning his time as the BBC’s Iraq correspondent called Revolution Day. Additionally, he featured in John Pilger’s documentary The Way You Don’t See.

Unlike Journalist Richelle Carey, he and Lauren Taylor joined Al Jazeera English in 2006. During his time at Al Jazeera English, he became a Middle Eastern correspondent for its London Division. Not to mention that he presented the nightly weekday documentary series Witness and hosted his own investigative documentaries the monthly  The Rageh Omaar Report.

⁦@Theresa_may⁩ ⁦@10DowningStreet⁩ visit to #G7Summit dominated by questions about recorded comments by Foreign Secretary about how Trump would be better at Brexit than her, calling Euro allies “the enemy” & more watch on ⁦@itvnews⁩ ⁦@NewsAtTen⁩ pic.twitter.com/FJ5oJTD4QH

In 2013, Omaar joined ITV news as a special correspondent, where a journalist, Suzanne Virdee has also worked. As soon as he joined ITV, he got promoted as ITV’s International Affairs Editor. Notably, he became Deputy Newscaster of ITV News at Ten. At the present time, he occasionally presented the ITV Lunchtime News.

Know about Rageh Omaar Salary and Net Worth

As an accomplished journalist, Rageh makes a massive amount of money. His current estimated net worth is $1 million. As Al Jazeera network journalists annual salary range between $45K-$83K, his might fall under that or above the range being a talented journalist in the organization.

Omaar is an astounding journalist. For this reason, he has been honored with several awards that include Ethnic Multicultural Media Academy, Arab Media Watch, and  British Muslim Awards. Being a social media personality, he is active in social sites such as Facebook and Twitter.

Is Rageh Omaar Married? Know About His Wife and Wedding

Rageh Omaar has been married since 2000. He tied the knot with Rose “Nina”  Montgomery Cunningham. His wife is the daughter of  Sir John Montgomery-Cuninghame of Corsehill.  They held the wedding ceremony privately in presence of close friends and family.

My son tells me to stop talking & take photo of him & his brother with Pele – major brownie points for dad for once pic.twitter.com/Q9YjRFs9OE

The duo shares three children Zachary, Loula, and Sami together. The duo is living a blissful and contented married life. Furthermore, the family currently resides in Chiswick, west London.

Omaar has an average height. In the same fashion, he has got black color eyes and black color hair. In contrast, there is no information regarding his body measurement.