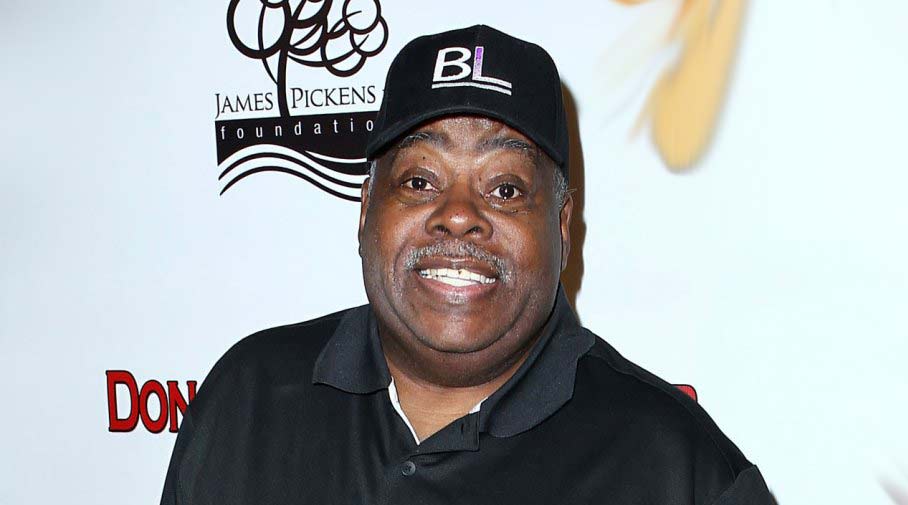 Reginald VelJohnson is an American actor and comedian best known for playing the policeman character on the sitcom Family Matters from the year 1989 to 1998. At the age of 29, VelJohnson made his acting debut on the big screen from Wolfen. Besides, Veljohnson earns a tremendous amount of money from his career and holds an attractive net worth as of 2018.

Here’s everything you need to know about Reginald VelJohnson’s movies, television shows, married, wife, net worth, and dead rumors.

Speaking about his career, Reginald started his career in the 1981 movie Wolfen. Following this, he appeared in several films like Ghostbusters, Crocodile Dundee, Plain Clothes, and a few more. However, when he starred in the movie Die Hard, and its sequel Die Hard 2, he rose to fame.

Since VelJohnson started acting, he has starred in numerous small roles in movies and Television shows that include Remo Williams: The Adventure Begins, Suits on the Loose, Death to the Supermodels, Plain Clothes, Posse, Ground Zero, Like Mike, You Again, Air Collision, Hidden Secrets, Three Days to Vegas, Steppin: The Movie and The Formula.

Happy #MardiGras! Wish I could be celebrating down in Orleans. Here's a pic of me wearing a hat instead. #FatTuesday pic.twitter.com/qDo2dd0sRt

Similarly, Veljohnson has appeared in several Television shows including The Equalizer, Diagnosis: Murder, Eve, Twice in a Lifetime, Will & Grace, Monk, CSI: Crime Scene Investigation, Crossing Jordan, The Parkers, That’s So Raven, Chuck, and Bones. Moreover, he has featured in a 2002 video game named Die Hard: Vendetta as a voice actor.

The 66-year-old actor, VelJohnson is unmarried and never has been in any type of relationship to date. As Reginald has not dated anyone and is quite secretive about his dating life, his fans, as well as the media, term him gay. Furthermore, it was once rumored he was dating James Avery.

But the rumor came out as false when James tied the knot with Barbara Avery in 1988.

Similarly, some of the sources claimed that VelJohnson was listed as one of the gay black men in Hollywood in the African-American Forum. But the actor has not revealed anything regarding his sexuality to the media as well as to his fans. As of now, to whether he is gay or straight, we need to wait for his configuration.

Well, Reginald VelJohnson has accumulated a huge sum of money from his acting career. Similarly, as a comedian, his hard work and dedication towards his work have heavily paid off. Moreover, he has made a guest appearance in more than 41 episodes of Television Shows. However, the actual salary fo Reginald is yet to be revealed.

As of 2018, VelJohnson’s net worth is estimated to be $5 million. Thus, he is also quite successful to maintain a lavish lifestyle. Also, he had written one of the episodes of Season 8 in Family Matters titled The Brother Who Came to Dinner.

Check out the box-office collection of his hit movies;

The day you became a public figure, you remain the targets of speculations and gossip regarding your marriage, relationship, personal life, and sometimes death as well.

Furthermore, for Reginald, a certain rumor about the death of American actor Reginald VelJohnson hit the media. In 2017, a certain news portal reported that the actor died because of a heart attack while he was traveling from London to Los Angeles.

However, the 66 years old actor tweeted- I’m Alive”. And literally, the tweet brings an inwards relief to many of his fans.

I am happy u r still here with us. I was n total disbelief bc u were our tv dad️ of the 90s. Blessings n many more to come.

As of now, he is alive. While talking to the reporters and people who made a rumored that he has passed away, he tweeted: “Even when I finally pass, you can contact me thru this clock”.

Reginald VelJohnson was born on 16th August 1952 in Queens, New York City, New York, United States. As of now, he reached the age of 66. To introduce a beginning, he was born to his parents Reginald Johnson, St, and mother Eve Johnson, and grew up with his brother, Barry VelJohnson. Likewise, his mother is a nurse and his father is a hospital attendant. Similarly, he holds an American nationality and belongs to Afro-American nationality.

Regarding his education, Reginald enrolled at Benjamin N. Cardozo High School where he was classmates with a po*n star Rony Jeremy and a former director of central intelligence (DCI) for the U.S.,  George Tenet. After completing his elementary education, VelJohnson obtained his bachelor’s degree from New York University.