Ricky Whittle is an English actor and model who is famous for portraying Calvin Valentine in the British Soap Opera Hollyoaks. Moreover, he rose to fame while he was working as a model for Reebok. Also, he placed second in the BBC reality competition Strictly Come Dancing in 2009.

Furthermore, Ricky appeared as Lincoln in the CW’s post-apocalyptic drama The 100.  Also, he recently appeared in the 2018 movie Happily Ever After and 2019 tv talk show GMA: Strahan & Sara as a guest. To know more about the handsome actor Ricky Whittle, stay on the page and keep on reading the article.

Richard Whittle aka Ricky Whittle was born on December 31, 1981, in Oldham, Greater Manchester, England. He is the son of Harry Whittle and Maggie Whittle. Moreover, Ricky grew up alongside his two siblings and among them, he is the eldest son of the family. Ricky belongs to mixed ethnicity. During his early years, he has to move in a different country every few years because his father was in the Royal Air Force.

Despite being born in Oldham, Ricky was raised in Northern Ireland. While in an interview he revealed that his childhood was a disaster because he was the only black child in the school and got bullied several times. After completing his school years he went to Southampton Solent University. At there he studied Law and also he became the captain of a football team.

He began modeling and become the face of Reebook in order to pay for textbooks soon after turning eighteen. Ricky made his debut in 2002 in a British Television series called Dream Team. From there he appeared in various tv-series and movies. However, he rose to fame when got a chance to portraying Calvin Valentine in the British Soap Opera Hollyoaks. It was his biggest breakthrough which led him to other various shows. Because of his performance, he won one Tric Awards and nominated four times.

Whittle is currently living a single life. However, back in the time, he has dated the famous actress in his life. At first, he was in a relationship with Carley Stenson who is also a co-star of Hollyoaks. The couple met during the shoot and from there they began dating in 2007. The couple stayed together for two years. Due to some reason, the couple broke up and parted their ways but they still remain friends.

After that, he stayed single for almost seven years and later in 2016 he met another beautiful actress, Kristina Colonna. Because of her beauty and charm, Whittle got attached to her and eventually began dating. The couple stayed together for two years and later broke off. Whittle hasn’t explained the reason behind their break up but it seems like the couple thought their relationship didn’t work out and broke off in 2018. Since then, there is no news about hasn’t been linked with any other females.

How rich is Ricky Whittle?

The 38 years old actor has gained numerous fame and wealth from his long career. However, Ricky hasn’t revealed his net worth to the public until now. But according to glassdoor.com, the average salary of an actor is $40,488 a year and the highest pay is $69 thousand. As we already know that Ricky has been involved in the entertainment business for a very long time. That leads his salary might be higher than average.

Furthermore, he has worked as a model too which is also an advantage for his career. Thus calculating and adding all of Ricky’s earnings and incomes he might have an estimated net worth of $500 thousand to $600 thousand. Also, he is still active on the entertainment business which leads that Ricky might get a boost in his net worth in the future as well. 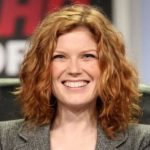 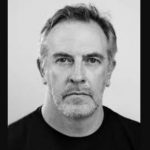