If you love to watch wrestling, then you would surely love to read about the Armenian-American martial artist, Roman Mitichyan who also successfully established his career as an actor and stuntman. He also received a huge recognition through his appearance in the Spike TV’s reality show, The Ultimate Fighter: Team Hughes vs. Team Serra.

The 41 years old multi-talented, Roman has won eight times out of 11 matches. From his incredible performances, he has surely built an impressive net worth. Many of his well-wishers are wondering about his personal life. Let’s find out his life details in the below sections.

There are very rare kids who find their careers at an early age. Grew up in Vanadzor, Armenia, Roman Mitichyan started freestyle wrestling at the age of eight. His parents later sent him for training in Sambo and Judo in his hometown.

After Roman’s family moved to the United States in 1997, Roman started receiving more chances. He trained with Gene Lebell and Gokor Chivichyan at the Hayastan Judo Club. He always thought of getting established in the film industry as well.

After struggling hard in the wrestling career, Roman Mitichyan appeared in the MMA fight and made a record of 4-1. During the time of pre-team selection for the show, The Ultimate Fighter: Team Hughes vs. Team Serra, Roman broke his elbow. So, he was only called in the show’s finale where he won against Dorian Price. He then signed a contract with the UFC and also participated in UFC Fight Night 13.

Apart from wrestling, Roman also made his appearances in many films and TV shows such as NUMB3RS, Dexter, Felon, 24, NCIS: Los Angeles, Takers, CSI: Miami, Sons of Anarchy, NCIS, Furious 7 and many others. In 2019, he appeared as Roma in the film, John Wick 3: Parabellum.

The 41 years old, Roman Mitichyan is single as of 2019. He stays far from the media and prefers to keep his personal life a low-key. He has never talked about his marital status and partner in the media.

He is active on Twitter with over 578 followers and rarely shares photos with his family. He once posted a picture with Keanu Reeves shooting John Wick Movie in New York City. Also, he clicked a picture with the actress, Eva Longoria.

Moreover, Roman is a tattoo lover and has tattoos on his hand as well as chest. Well, Roman is focusing on his career and has kept his private details under the wraps. Besides, he is free of rumors and controversies as of 2019.

Besides, Mitichyan’s eyes are brown and hair color is black.

The multi-talented, Roman Mitichyan is not only active in the mixed marital field but also appeared in many TV shows and films. In the United States, an experienced stuntman can earn up to $250,000 per year. As per various sources, Roman has an estimated net worth of $2 Million as of 2019. Therefore, he is spending a rich life at present.

Watch the acting of Roman Mitichyan 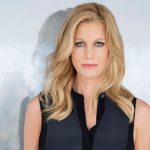 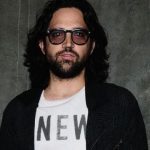