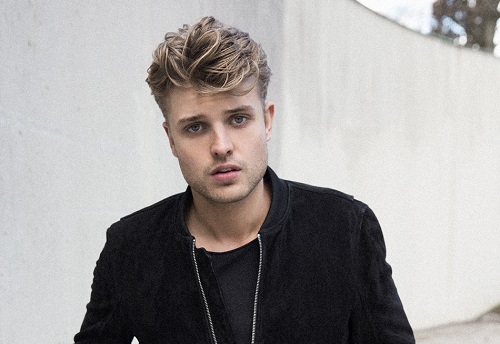 Sandro Cavazza is a Swedish singer and songwriter who was polished by the famous DJ Avicii. Avicii and Sandro collaborated on many songs such as Gonna Love Ya, Sunset Jesus, and Without You. The year 2015 was the year for him as he rose to fame among all the EDM lovers around the world.

His rise to fame can be known from his Instagram followers on which he has 53.1K followers. Sandro updates about what’s going on with his life and tour date via Instagram. He seems to be dating a girl from South Africa as he posts several pictures of the girl on his Instagram.

Born as Alessandro Michele Cavazza on September 11, 1992, in Stockholm, Sweden, Cavazza’s Zodiac sign is Virgo. Sandro is of Swedish nationality and belongs to Caucasian ethnicity even though his parents are half Italian and half Swedish.

Cavazza joined a music school in Sweden as he always aspired to be a singer. He has a talent for writing songs as well and Sandro wrote his first song when he was in his primary school.

After completing his regular school, Sandro Cavazza went to Los Angeles College of Music to start his professional career in music.

Alessandro began his dream journey in 2014 getting influenced by a handful of singer and bands such as Nirvana, Red Hot Chili Peppers, Queen, and Westlife. With a little bit of struggle, finally, in 2015, Sandro featured for Avicii by writing his songs.

Happy to announce that my new single Enemy will be released April 26th! I’ve been playing it during my spring tour in Sweden and excited to let you all hear it soon. Link in bio if you want to hear a short clip of it before release ?

Cavazza not just wrote some of his songs but also sings them. The 2015 album Stories featured two of Sandro’s songs, Gonna Love Ya and Sunset Jesus. Then in 2016, he featured with Lost Frequencies and with Kygo in 2018. After 2015 album, Sandro and Avicii made a collaboration together again in 2017 with Without You.

In addition to his featured songs, Sandro came out with his own album in 2017 which goes by his name. Later in 2018 and 2019, Cavazza released singles rather than an album.

The Swedish singer Sandro Cavazza remains tight-lipped when it comes to the topic of dating. There are no actual reports about Sandro dating somebody and having a girlfriend. But looking at his Instagram posts, we can suggest that he is dating a unanimous girl as he is seen cozying up with her in recent posts.

Happy birthday my South African queen! Every day with you is an adventure ?❤️?❤️

Sandro is working all day and touring in different cities so, we can assume that is how the pair met each other. Cavazza is enjoying his work to the fullest and also seems to be happy in his alleged relationship.

The 26-year-old singer Sandro Cavazza’s exact net worth is not revealed yet but with his rising popularity, Sandro’s wealth is surely in millions of dollars mark. Sandro wrote songs and also sings them for big record producers and DJs like Avicii, Kygo and Lost Frequencies.

For his songs on average, Sandro earns about $40,000 to $100,000 per songs and additionally, receives the royalty on the songs for writing. Cavazza as a songwriter also earns around $43,000 annually on average.

Sandro has toured in and around Europe for which he earns about $20,000 to $50,000 per show. He currently lives in Sweden with his family and earns enough to live a quality life.