Shawnee Smith is an American actress and singer who is best known for her role as Amanda Young in the American horror-franchise, Saw. Moreover, she played the role of Linda in the CBS sitcom Becker. Moreover, Smith once fronted the rock band, Fydolla Ho, with whom she toured the US and the UK. She was also a half of Smith & Pyle, a country rock band, with Missi Pyle as the other half.

Smith has two adorable daughters from her marriage to a photographer, Jason Reposar, and a handsome son from her previous marriage with Kai Mattoon, a musician. Moreover, her two children were featured in the Smith & Pyle’s debut album, It’s OK to Be Happy. The children are also listed in the album credits as having vocals and spoken narrative tracks for 2 songs.

Shawnee Smith is one of the promising actresses who is consistently putting her versatile talents to use in the movie, television, theatrical and musical arenas with much of success. She starred as Jennifer Goodson, the ex-wife of Charlie Goodson (Charlie Sheen), on the FX sitcom, Anger Management in 2014 after 100 episodes where she starred in 94 of them.

Smith was born as Shawnee Rebecca Smith 3rd July 1969, on Orangeburg, South Carolina, U.S. She was raised by her mother, Patricia Ann, an oncology nurse, and her father, James H. Smith, a financial adviser, and former US Air Force pilot. When she was only one year old, her family moved to Van Nuys, California. Unfortunately, her parents separated when she was 2, and her mother remarried when she was 8.

Inside of Shawnee Smith’s Career

Shawnee Smith started her career as a child actor appearing on stage in A Christmas Carol from 8 to 11. She also starred in a stage play with an American actor, Richard Dreyfuss at 15. Moreover, she also performed in the original stage production of To Gillian on Her 37th Birthday and got the Dramalogue Critics Award for her performance. Later, she became the youngest actor up to that time to receive such an honor. Furthermore, she got her television debut in a McDonald’s commercial, Best Friends in 1978.

Prior to Smith’s acting, she is a musician and plays many musical instruments such as guitar, piano, drums, and also sings. Moreover, she contributed to the soundtrack of Saw III with vocals on Hydrovibe’s song, Killer Inside. Furthermore, she also contributed as a solo vocalist on the soundtrack for Catacombs with the song, Please Myself. She voiced for Sandra performing a jazz song, I Fear in the movie, Carnival of Souls. While promoting Anger Management in 2013, she announced that she reached a point where she wanted to focus on her children and her television work.

How much is Shawnee Smith’s Salary & Net Worth?

Shawnee Smith has an estimated net worth of $3 Million as of 2019. Moreover, she has maintained a lucrative amount of net worth of $2.5 Million back in 2018. Smith’s actual salary hasn’t disclosed up until now. But, we can assume that she earns $50,427 which is an average salary of an American actress in the United States. The list of Smith’s movies with box office collection and budget are;

Smith has worked with many famous stars including Adam Sandler, Jack Nicholson and many others in the American television sitcom, Anger Management. Moreover, Sandler has an impressive net worth of $340 Million. Also, Nicholson is the highest paid actor with a net worth of $400 Million.

Shawnee Smith is a 49 years old divorced woman as of 2019. Smith was married to Jason Reposar, a photographer in 1998. Moreover, the couple shares a beautiful daughter, Verve (born in 1999). However, their relationship didn’t last for long and they divorced in 2003 due to some misunderstandings between them.

After the divorce, Smith started dating Kai Mattoon, a musician. Later, she tied the knot with Mattoon in 2005. They also shared a handsome son, Jakson (born on December 12, 2005). However, the couple managed to stay in a relationship for a year and later separated because of irreconcilable differences between them.

Smith’s children were featured in the debut of Smith & Pyle album, It’s OK to Be Happy. Furthermore, the children are listed in the album credits as having vocals and spoken narrative tracks for 2 songs. An article published on October 28, 2009, highlighting Smith & Pyle’s small tour in West Virginia, stating Smith was pregnant with her third child. 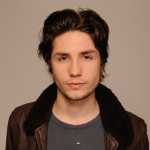 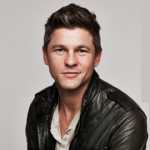