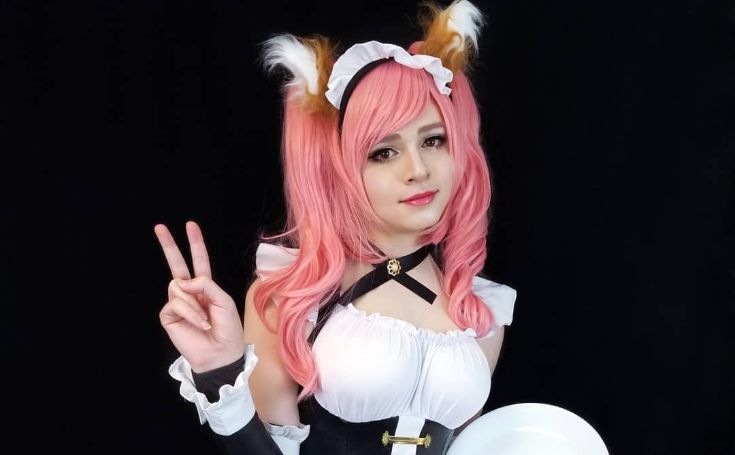 If you are fond of games and a cosplay lover, you will probably remember this personality who rose to fame because of his unique gameplay and as a cross player.

Well, today’s tabloid concerns none other than the famous professional League of Legends player, streamer, and crossplayer, Zachary Scuderi, aka Sneaky. Recently, the player got involved with the Cloud9 gaming zone.

Moreover, the spectacular gamer Zachary first stepped into this earth on 19 March 1994 in Winter Springs, Florida, the USA, under the Pisces birth sign.

Further, he has a white ethnic background and holds an American nationality. Stay tuned to us and continue reading the article until the end.

How Wealthy Is Sneaky? Know About His Net Worth

As a gamer and cross player, Scuderi has accumulated a mouth-watering amount of money up until now. According to some sources, his total net value is estimated to be around $5 M as of 2022.

Likewise, he made most of his capital through live streaming platforms such as Twitch and YouTube.

Additionally, he has more than 423K subscribers on his YouTube, which means his annual earnings from his YouTube channel are between $2000-$60,000.

Similarly, Zachary has over 2 Million followers on his Twitch account, with over 120 Million views to date. From Twitch, the star earns around $8,500 monthly and $100,000 per year.

The handsome hunk also sums up some of the money to his fortune from the partnership with Cloud9.

In addition to this, he has over 332K followers on his Instagram handle and must be earned through promotional works, Sponsorship, and endorsements.

Also, Sneaky has a website to sell his cosplay costumes and gaming tools. There is no denying that the boy must be creating a decent sum of dollars from it.

What Is The Lucky Girl To Be Relationship With Popular Sneaky?

The 27 years old gamer, Zachary’s current relationship status, is mingled. Presently, he is romantically involved with Lynn Esther, an Instagram model and cosplayer like him.

It has been a couple of years of togetherness, and they usually upload pictures of them on their respective social media platforms.

On 19 March 2018, Esther wished him a happy birth via Twitter on his birthday. She penned:

“Happy birthday to my duo IRL and favorite ADC. Sometimes a girl, other times a guy… either way, I love you.”

More than that, the lovebird also has been spotted playing League of Legends together, which Scuderi streams in his Twitch account and YouTube.

So far, the duo is sharing a healthy relationship with no rumors of their separation.

The game expert, Sneaky, came into the limelight after cosplaying the opposite gender character. Among them, these 5 Cosplays were adored by fans and audiences.

In 2018, the gamer crossed play the character, Xayah at All-Stars with Bang! His sweetheart did his makeup. In 2015, the good-looking man was sharing the stage with fellow Cosplayer Yaya Han.

Follow AllStarBio, For More Spicy Contents On Your Favourite Superstars.