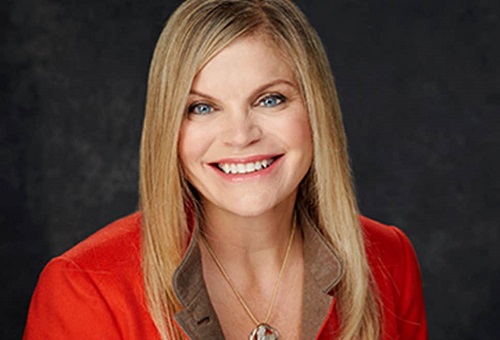 Susan LaPierre is the co-head of the RA Women’s Leadership Forum. She is also an expert fundraiser with more than 30 years of experience working on political, charity and mission-driven causes. Likewise, Susan also serves as President of the Board of Trustees for Youth For Tomorrow.

The 61 years old Suans amasses an impressive amount of money from her successful profession. Her net worth is currently under review whereas her but her husband Wayne LaPierre‘s wealth is $10 Million as of 2019.

Susan LaPierre was born on 12th November 1957 in Wisconsin, the United States under the star sign Scorpio. So far, she has not shared the information about her parents and siblings but once she stated her father taught her to fish, hunt, and shoot.

LaPierre’s mom died when she was in high school. After completing her high school, Susan attended the University of Wisconsin- Madison from where she graduated.

Who Is Susan LaPierre’s Husband? Know About Her Personal Life

Susan LaPierre prefers to keep her personal details away from the media. Nevertheless, LaPierre is in a conjugal relationship with her spouse Wayne LaPierre who is an American gun-rights activist. However, the couple has not shared much information about their married life.

Yet it is not known, when the love birds shared the wedding vows and when they began dating. Likewise, it is also unknown whether the pair share children or not.

Besides, Susan is active on Twitter however, she has kept her account a private. Because of this, it is difficult to find further details about her conjugal life.

Susan LaPierre and her spouse is the subject of many controversies. In August 2019 it was reported that NRA spent more than 10 thousand on her hair and makeup. Many considered it as extravagance spending but later NRA cleared that those services were used when LaPierre attended organization and also different events.

What Is Susan LaPierre’s Net Worth?

Suan LaPierre probably garners an impressive amount of money however, her actual net worth is still under review. But looking at her successful career, her net worth might be in millions of dollars. LaPierre is the Co-head of the NRA’s Women Leadership Forum.

Likewise, LaPierre also served as a Senior Vice President and CRA Officer at Cambridge Saving Bank from which she earns a good amount of money. LaPierre further worked for Memberdrive.com Inc. At Memberdrive where she was listed as one of the highest-paid employees in 2001.

Aside Susan’s wealth her husband Wayne LaPierre has a net worth of $10 Million as of 2019. He earns a hefty amount of money from his career as an American gun-rights activist. Wayne was also Chief Executive and Executive Vice President of the National Rifle Association.