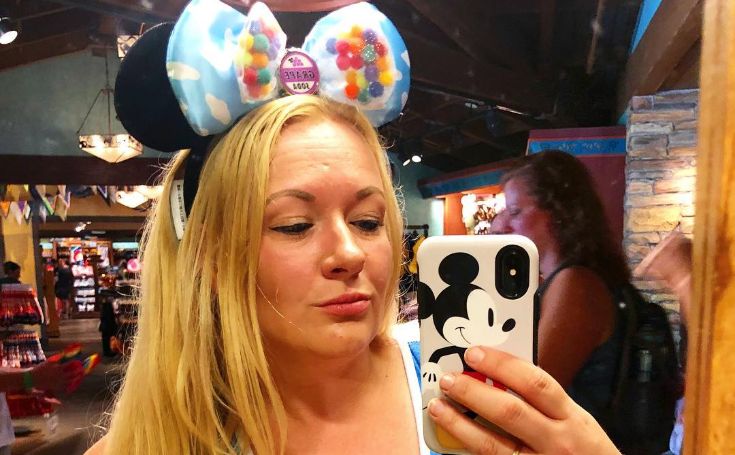 Furthermore, she is the first female Cruiserweight Champion in her training school. She began her wrestling career in 2003 and retired in 2009.

Besides this, Huber is also known as the widow of Jonathan Huber, a professional wrestler who performed under the ring name Brodie Lee and Luke Harper.

If you are eager to know the reason’s behind his death, stay tuned to us and read the entire article. Let’s first start with their personal life.

When and where the Synn and Her Late Husband, Brodie Lee, First Met?

Putting some glimpse into their personal life, Synndy met her future spouse for the first time when they both were working on the independent circuit.

Later on, Synn took her stage name as Synndy, while Jonathan performed under the ring name Brodie Lee.

Later on, after dating for a while, the heaven-made couple exchanged their wedding vowed in 2008.

Amanda shared a loving picture of her now late better-half on December 14, 2020, captioning: I love you more than I have ever found the way to say. Happy 9 years of burgers, milkshakes, and adventures.

Sadly, Amanda will not celebrate her wedding anniversary and was a perfect couple who never attracted any controversies.

The former couple, Huber and Luke, shared two children, and Synn often posted pictures of their kids on her social media handles.

In contrast, their first son named Brodie was born in 2012, while their second son was Nolan, born in 2017.

Despite both being wrestlers, the Hubers family raised their kids in a jolly environment. Further, Lee was protective of his child and preferred to keep them out of the media reach.

Do You The Reason’s Behind Amanda’s Partner Brodie Lee Death?

Most of her fans and followers are curious about the reason behind her spouse’s sad demise?

Well! Synndy declared that Jonathan had been treated for a non-COVID lung issue at the Mayo Clinic in Florida.

Since late October 2020, he got hospitalized in the I.C.U. Unfortunately, Lee passed away on Boxing Day on December 26, 2020.

The leagues Brodie performed with expressed their condolences. WWE and All Elite Wrestling wrote a heart-touching statement honoring the late professional wrestler.

Additionally, fans and well-wishers all around the wrestling world poured their memorials.

There are no precise details of Amanda or Synndy Synn Huber’s networth to date. As per some tabloids, Synndy and Brodie shared a combined net worth of $4 million.

In addition, Lee performed in the independent circuit, WWE, and All Elite Wrestling (A.E.W.) throughout his long professional career.

Furthermore, talking about Synn, Amanda started her wrestling career in 2003, and after spending six years in the ring, she officially retired in 2009.

In Rochester, Huber, named one rising young wrestler and was the first female Cruiserweight Champion in her training school.

To Get More Interesting Contents On Popular Wrestlers!!!