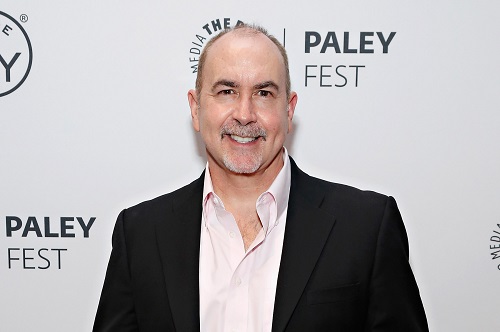 Terence Winter is an American writer as well as film and television producer. He is best known as the executive producer, writer, and creator of the HBO television series, Broadwalk Empire. Likewise, he also wrote the screenplay of Martin Scorsese’s The Wolf of Wall Street released in 2013.

Not to mention, he was nominated for an Academy Award for Best Adapted Screenplay. Being such a reputed producer, how much is he earning? How much is his net worth?

Terence Winter was born on 2nd October 1960 in New York City, New York but grew up in Marine Park, Brooklyn. As a matter of fact, his birth name is Terence Patrick Winter. Likewise, he belongs to white ethnicity and holds an American nationality.

In addition, he was born under the birth sign, Libra. However, there is no information about his family background until now. Winter attended New York University and picked journalism as a major subject. He graduated from there with a bachelor’s degree and later joined St. John’s University and graduated with a law degree.

Terence Winter is a handsome man with an average body structure. Likewise, Winter’s height is 5 feet 8 inches (1.74m). Unfortunately, there is no information about his exact weight and body measurement until now. Moreover, his eye color is dark brown and his hair color is light brown. Further, his age is 59 years as of 2019.

Winter started his career as a writer by writing the series, Xena: Warrior Princess. After that, he wrote several series such as The Cosby Mysteries, Sister, Sister, Flipper, DiResta, Diagnosis: Murder, etc. Likewise, he co-wrote 25 episodes of the critically acclaimed series, The Sopranos.

Moreover, he worked with popular actors such as Vincent Piazza, Steve Buscemi, and others. Winter won Writers Guild Award and the Edgar Award together with Tim Van Patten for his episode “Pine Barrens,” which was directed by Steve Buscemi in 2001.

Not to mention, The Sopranos won the Outstanding Drama Series as well as The Norman Felton Award for Outstanding Producer of Episodic Television Drama in 2005 and 2008. Similarly, he won his second Writers Guild Award and his fourth Emmy too. Moreover, in 2008 he won his third Writers Guild Award and the Pen USA Award for his episode “The Second Coming.”

Terence Winter is a married mas as of 2019. Winter is married to Rachel Winter, a producer. However, Winter hasn’t revealed any kind of information about their marriage. It seems like he wants to keep his personal life away from his professional life.

The husband and wife collaborated for the movie Dallas Buyers Club where Rachel worked as a producer and Winter the writer.

Furthermore, the two share a son from their conjugal relationship. Rachel gave birth to their first child on 24th April 2007 however, the identity of their kid is still unknown. Nevertheless, the couple is living happily with their child.

Terence Winter’s net worth is around $12 Million as of 2019. He collected this hefty sum of money through his career as a writer, film and television producer. So far, Winter worked in a number of hit movies and TV series.

Moreover, the projects in which Winter worked are doing pretty good earnings in the industry. The multiple awards winner Winter is still active in his profession. Hence, his income will definitely increase in the future.

In addition, back in 2015, Terence and Rachel Winter kept their Beverly Hills mansion for sale asking the price of $7.5 Million. The mansion consists of 5 bedrooms, 6.5 bathrooms, a sophisticated living room, and a sizable kitchen. Likewise, the mansion covers the area of 5,700 square feet.