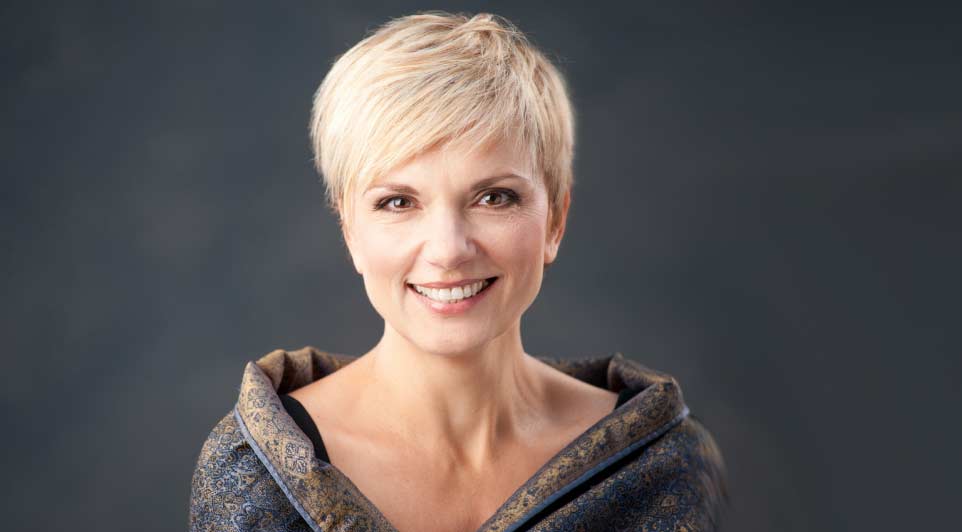 Have you ever watched the famous American-Canadian television series Stargate SG-1?. Then you might be familiar with the character Dr Janet Fraiser, portrayed by Teryl Rothery.

Rothery has appeared in numerous movies and television series that include Cedar Cove, The Killing Game, Hellcats, Psych, The Good Doctor, and many more.

Teryl Rothery was born on 9th November 1962 in Vancouver, British Columbia, under the sun sign Scorpio. She holds Canadian nationality and belongs to white ethnicity.

Moreover, she was active in acting from a very young age and often used to act in a high school stage show. She performed in a musical called Bye Bye Birdie in 1976 when she was only 13 years old.

Teryl made her acting debut as Eiko “Ako” Magami in the 1986‘s Japanese sci-Fanime film Project A-ko. Similarly, in the same year, she deals with Kodachi Kuno in another Japanese manga series, Ranma1/2.

Anti-bullying Interview of Teryl Rothery by TAB (Trekkers Against Bullying)

Similarly, Rothery worked in several movies and TV series from where she grabbed a huge fan following. As of 2018, she appeared as Robin O’Brien in the TV series Chesapeake Shores starring Jesse Metcalfe, Meghan Ory, and Barbara Niven.

Moreover, Rothery appeared in movies like Mortal Sins, Andre, Dragon Balls, and Masterminds. In addition, she worked in many theatres plays like Kiss Me, Kate, The Taming of the Shrew, and A Delicate Balance, among others.

According to Celebrity Net Worth, Teryl Rothery has an estimated net worth of $3 million. Moreover, she earns an impressive amount from her acting career. However, her actual salary and income are still under review.

According to some online sources, a TV star makes an average salary that ranges from $150k to $1 million. Similarly, she is popular as one of the high and high payable female Hollywood stars.

She enjoys a lavish lifestyle with a huge success in acting, modelling, and appearing in blockbuster television series.

Teryl is yet to be married. She was engaged with her ex-partner turns fiance Carl Kumpera which she revealed via Twitter. However, they couldn’t continue their relationship and separated. However, she has never disclosed the reason behind their broke-up.

For those who don't know, my fiancé is Carl Kumpera. @caboman2012 And thank you for all the kind words and congrats. Xo

Further, Teryl Rothery is the mother of Londyn Jean Alana Abrahams-Rothery, born on 3rd October 2008. Besides, she has never talked about her ex-partner in front of the media.

Another hand, it was rumoured that she was dead, but the news turned out to as fake; she is still alive and well.