Have you ever watched ABC sitcom Happy Days? If so, then you might be familiar with the role Howard Cunningham which is portrayed by an American actor Tom Bosley. He had over 150 acting credits in his name. Tom starred as Bob Landers in the television series The Debbie Reynolds Show from 1969 to 1970.

With such a flourishing career, Bosley had amassed an excellent amount. If you want to collect all the details about Tom Bosley’s bio, wiki, net worth, and personal life; read this article till the end.

Who is Tom Bosley? Know his Bio & Wiki

Tom Bosley was born as Thomas Edward Bosley on October 1, 1927, in Chicago, Illinois. Bosley holds an American nationality and belongs to white ethnicity. He is the son of Dora and Benjamin Bosley.

Tom attended Lake View High School in Chicago and served in the U.S Navy during World War II. During DePaul University, he made his stage debut in Our Town.

Tom Bosley’s age was 83 years old at the time of his death. He died from complications of a staph infection on October 19, 2010, at a hospital in Rancho, Mirage, California.

In a 1955 Hall of Fame telecast of Eva Le Gallienne’s production of Alice in Wonderland, Bosley played the Knave of Hearts. However, Bosley’s breakthrough stage role was New York mayor Fiorello H. La Guardia in long-running Broadway musical Fiorello! for which he won a Tony Award. His films credits include Love with the Proper Stranger, The World of Henry Orient, Divorce American Style, Bang Bang Kid, and The Back-up Plan. 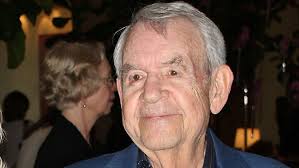 Similarly, Tom has appeared in numerous television series such as Alice in Wonderland, Tv Reader’s Digest, The Play of the Week, The Right Man, Focus, The Law and Mr.Jone, Car 54, Where Are You?, The DuPont Show of the Week, Dr.Kidare, Profiles in Courage, Ben Casey, and Betsy’s Kindergarten Adventures.

How much is Tom Bosley’s Net Worth and Salary?

Through a longterm acting profession, Tom Bosley had a net worth of $5 million. He had contributed a lot to the television and film industry so Tom might have earned a hefty amount as his salary.

However, the exact figure for his salary is still under review. Besides, Bosley did several commercials for Glad Sandwich and Garbage Bags. In the same way, he made radio commercials for the new Saturn Car Company in 1990. All of his works and efforts were the reason behind his successful life.

Who is Tom Bosley’s Wife and Children?

Tom Bosley was married to his long term girlfriend turned wife Jean Eliot in 1962. The couple dated several years before they tied the knot. However, they ended their relationship in 1980. The couple didn’t share any children of their own. 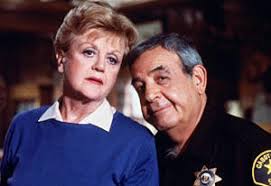 After being apart from Eliot, Tom met an American actress Patricia Carr. Although, the duo hasn’t revealed how they met and when they began dating, both the couple was together until one of them died. Besides, there were no rumors related to their extra affairs and other rumors related to divorce.