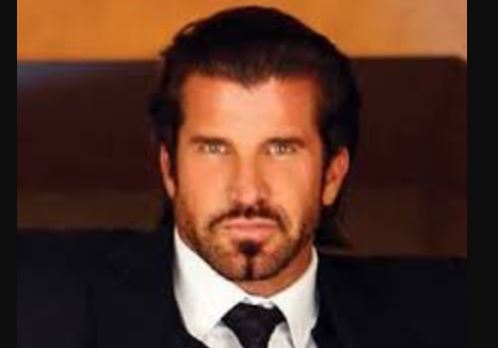 Who says you have to be associated with the entertainment industry to be recognized in the world. At least Travers Beynon prover the whole concept wrong. Beynon is an Australian business magnate, who became popular as the owner and managing director of a tobacco empire named Free Choice.

Not just that, Beynon gained massive fame for his lavish parties and playboy lifestyle. He has appeared in numerous magazines including GQ and Business Insider. What’s his relationship status? How much net worth does he have? To find out all the details about Travers’ life, we suggest you read the whole article.

His Net Worth and Assets

Beynon, 48, has gathered a massive fortune from his successful career. As of 2020, he has a net worth of around $200 million. He earned hefty amounts from his long professional career. He is known by the name The Candyman and also he is called Australia’s version of Hugh Hefner. In addition, the is a tobacco tycoon in Australia who had his own version of the Playboy Mansion to promote his business. Additionally, he’s also a owner and managing director of FREE CHOICE Australia.

His first modeling role was in Mexico City taken with Levi Jeans. As mentioned by News Magazine, from his modeling works he used to get the salary between $2,000 and $35,000 a day. Travers was named The Hunter during his modeling career. Reportedly, Freechoice is making more than $250 million in sales a year. Freechoice today has 200 staff, 300 stores, and 1700 vending machines. Travers relocated to Australia in 1997 and started investing in real estate.

In the passing years, Travers Beynon has earned a massive amount of money. Through his earnings, he has purchased several cars and other properties in Australia. As of now, he owns cars including Lamborghinis, Ferraris, and Rolls Royces.

Additionally, he has a house in Gold Coast which includes fifteen bedrooms, 19 bathrooms and gold plated swimming pool. He shares the home with his wife, two girlfriend, and four children.

Who is Travers Beynon Married to? Know about his Children

The business tycoon who has been married twice is currently living with his second Taesha Beynon and his two girlfriends. Well, the star was revealed that they first met at a party and soon they started talking. Since Beynon was busy running the party the duo had less talk. Afterward, they decided to meet again and they began cuddling at a nightclub. Soon the couple started to date. The love birds exchanged their wedding vows in 2010. Their wedding ceremony took place in a private ceremony hall infornt of their close friends and family.

From their blissful married life, the couple has two children, Velicia and Serafina. Ever since the couple got hitched they have been together and live a delightful lifestyle. In an interview, Travers talked about his wife saying,

“She is the one that I disclose everything to, she’s the one I have the most trust for and she’s the mother of our children and the one that’s going to be there long term.”

On the other hand, he also dating a girl named Nisha. Since his wife is also okay with his extramarital affair, they are living in the same house. Following his relationship with Taesha and Nisha, he was previously married to Ninibeth Leal. The former couple met each other on a shoot in Miami. Soon after knowing each other for some time, they started dating after three months of their trip to Paris. In 1991, the two exchanged their wedding vows. From their delightful marriage, the duo has two children, Lucciana and Valentino.