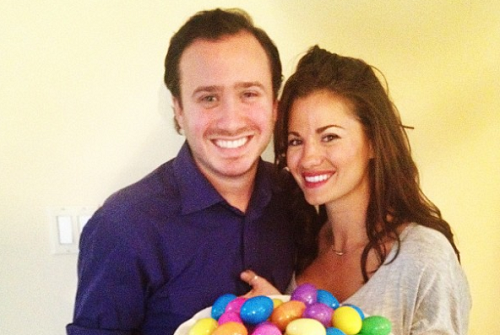 Trent Olsen is a prominent American actor, writer, artist, and musician. However, he is best known as the older brother of the famous actresses, twins, Mary-Kate and Ashley Olsen. Likewise, he also appeared in several video productions of his sisters.

Being a multi-professional guy, Olsen must have earned a decent sum of money through his career. How much is his net worth?

Who Is Trent Olsen? Bio & Wiki

The prominent actor and musician, James Olsen was born on May 6, 1984, in Sherman Oaks, California, the USA. His birth name is James Trent Olsen. Moreover, he was born to David Olsen (Father), a real estate developer and mortgage banker and Jarnette Jones (Mother), a personal manager.

His parents divorced in 1996. Likewise, he is the eldest child of his parents. Olsen has three younger sisters, twins Mary-Kate and Ashley Olsen, and Elizabeth Olsen. Similarly, he also has two half-siblings from his father’s second marriage, a half-sister, Courtney Taylor, and a half-brother, Jake.

#tbt to when I was killing the lap game. Still running strong. #happygma

Olsen belongs to white ethnicity and holds American nationality. Additionally, his sun sign is Taurus. Furthermore, he attended North Hollywood School and graduated from there in June 2002. Later, Olsen attended and graduated from USC. Similarly, he learned acting at the New York Film Academy.

As a matter of fact, Trent Olsen belongs to a family with a long background in the entertainment industry. He made his first appearance on a video produced by his family, Our First Video. Since then, Olsen featured in a number of his family productions as well as in a couple of movies and TV series.

However, Trent’s acting career was overshadowed by his younger sisters’ success. He auditioned for a role in ‘Tales from the Crypt’ (1989) and got selected for it but his parents did not allow him to act in the movie because he was too young to be in a horror film. Besides, Olsen is also a writer and wrote a few comic books for Storm King Productions.

Is Trent Olsen Married Or Dating His Girlfriend?

The 35 years old actor, Trent Olsen is not married yet and seems to be single as of 2019. However, he was previously romantically linked with a girl named, Kacey Style. However, Olsen never revealed about his relationship to the media.

Not only Kacey but he has also dated a model, Katherine Shane for a short period during his teenage. In addition, Olsen further dated Lyndsie Carter Zacheis. However, all of his relationships did not last long and ended within a short time.

Although Olsen dated a few girls, he never talked about his relationship to the public. Currently, there are no rumors of him being in any relationships. Probably Olsen is focusing on his career.

What Is Trent Olsen’s Net Worth & Income?

Trent Olsen’s net worth is estimated to be around $650,000 as of 2019 which is close to that of an actor and model, Manolo Gonzalez-Ripoll Vergara. Not to mention, he earned this colossal amount of money through his career as an actor, writer, and musician.

On the other hand, his younger twin sisters, Ashley, and Mary-Kate’s combined net worth is around $100 Million, which they earned through their profession as an actress. Olsen is actively working in the entertainment industry, thus, his income will probably grow in the future.