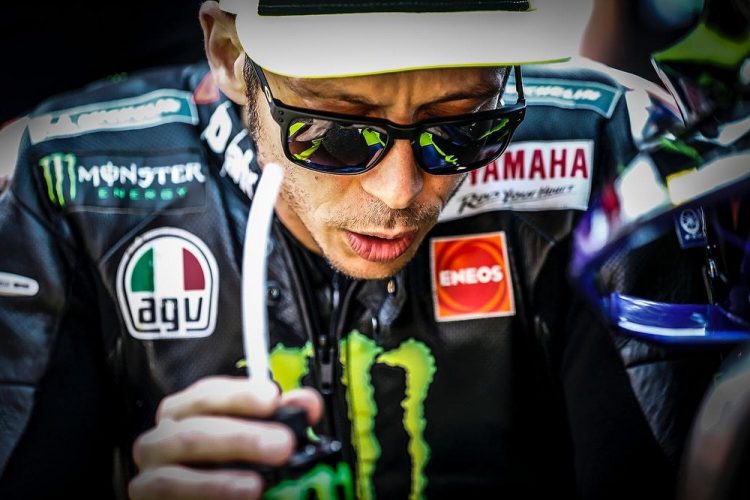 If you are a bike freak, then there is no doubt about knowing the Moto Gp Racer. Let me give you a number, which will obviously give you a clear hint about who we are talking about; it’s 46 “The Doctor.” As of now, surely you must have guessed the personality. He is non-other than nine times Grand Prix World Championships, Valentino Rossi. So far, his net worth is $140 million.

Rossi, an Italian professional motorcycle road racer, named many MotoGP World Championships in his side. He is the all-time most successful bike racer with nine Grand Prix World Championships. He is the only road racer to compete in Grand Prix for more than 400 times. His no is 46, which he acquired throughout his career. Besides all that, he is currently dating the Italian Model, Francesca Sofia Novello.

Valentino Rossi is born to father Graziano Rossi and mother Stefania Rossi. He was born on 16 February 1979 in Urbino, Marche, Italy. His father Graziano is also a former motorcycle racer. While many of the children at five years of age are busy playing dolls but Valentino indulged with the bike at a very young age.

However, due to the mother’s concern about his safety, the nine-time Moto GP champion started playing kart. His father bought him 100 CC kart motor on his fifth birthday. Rossi started practicing karting in the street at a very young age.

Later Rossi participated in the regional kart championship and eventually won in 1990. He later shifted to minimoto and won numerous trophies. Valentino with support from his father, moved to the Italian 100cc series and European series, which is considered to be the path towards Formula 1.

Sadly due to high cost, he had to race minimoto, and during that time, he gained skills relating to racing. Nevertheless, by hook or crook, he participated in 125cc race but failed, and in the following year, he achieved a pole position in the final season at Misano. Ultimately by the second year with the support from Cagiva sports production Valentino won the first Italian Title.

Is Valentino Married or Single?

The 40 years old racer is currently dating Italian Model, Francesca Sofia Novello, since 2017. The couple is often seen together hanging out or on vacation. They are together for two years now. Valentino seems to be deeply in love with his model girlfriend. The Moto GP champion also uploads a picture of his model girlfriend on his Instagram account. Rumor had that the couple will walk down the wedding aisle anytime soon.

In addition to his romantic encounters, the nine-time world champion’s past affairs are long in the list. Previously, he dated Martina Stella (2002), Arianna Matteuzzi (2005-2007), Maddalena Corvagila (2005), and Linda Morselli (2016) before falling in Love with Italian model. Valentino is one of the highly decorated motorcycle road racers due to which many beautiful girls fall for him easily.

How much Net worth does Rossi possess?

Rossi has various collections of bikes to his name. Throughout his career, he worked with leading racing companies like Yamaha, Aprilla, Honda, Ducati. He gets paid $10 million a year from Yamaha in the form of endorsement. He also owns a couple of sports cars like Ferrari 458 Italia and the BMW M3, and other various fancy cars like Porsche, Bentley, and Lamborghini. Along with that, he owns Pershing 56 yacht worth $1,000,000.

Furthermore, Rossi’s biggest fortune is his $11 million houses in Urbino, Italy, which he bought in 2015. He has some $85 million value of personal investments. According to reports, Rossi’s net worth has had a growth of 16% over the past few years. There is no doubt Rossi’s worth will only increase in the near future, making his bank balance filling with more prosperity.