Victoria Waldrip aka WoahVicky is a prominent Instagram Star and Social media personality. She rose to prominence after posting lifestyle and meme-inspired pictures on her Instagram account where she has over 2.4 Million followers.

Not to mention, Waldrip has won the hearts of many fans and followers by her pretty looks and sizzling body. Her well-wishers are curious to know about Waldrip’s relationship status. So, what is she dating or already married? Let’s find out all th details.

Who Is Victoria Waldrip?

The prominent Instagram Star, Victoria Waldrip was born on 7th March 2000, in Georgia, the USA. Likewise, she was born to Steve Waldrip (Father), a homebuilder and Carla Johnson (Mother), a housewife. Waldrip belongs to the white ethnic background and her nationality is American.

In addition, she was born under the birth sign, Pisces. Similarly, she grew up along with her elder sister, Stephanie Waldrip.

Waldrip attended Marietta High School in Georgia but because of her bad studies, she dropped out. Later, she was home-schooled by her father.

Initially, Victoria Waldrip started her career as a hostess at a local food joint. Later, she started posting high-end fashion apparel and accessories pictures on her Instagram and garnered a lot of attention. However, Waldrip rose to fame when the popular rapper, Snoop Dogg and Lil Pump shared one of her videos on their Instagram.

Moreover, Victoria featured in rapper Plies and Chief Keef‘s social account as well. As of now, she is an Instagram star as well as a social media personality with 2.4 million+ followers on her official Instagram account. Similarly, Waldrip also operates her own YouTube channel, Vicky which has over 728K subscribers and 15 million+ views.

Victoria always gets involved in controversies. Once Waldrip did racist comments and she was criticized and bombarded with many hate comments which led her to delete her Instagram account.

Similarly, Waldrip also assaulted the police officer when she was stopped by the cops for illegal trespassing on Four Seasons Town Centre. Likewise, she also criticized Danielle Bregoli, a famous social media star by commenting on her cosmetic surgeries and sexual behavior.

What Is Victoria Waldrip’s Relationship Status?

The 19 years old Instagram Star, Victori Waldrip is currently single. For now, she is not dating anyone. However, she was formerly in a relationship with a popular internet sensation, Papi JJ. Likewise, the two dated for a while but later officially separated. Some people assume that the reason for their separation is her fake pregnancy prank with Papi.

Besides her relationship with Papi JJ, there are no past records of her being in a relationship with others. As of now, she seems to be focused on her professional career rather than being involved in her love life.

Besides her love life, Waldrip loves her profession and often shares her high-end fashion which includes Gucci, Louis Vuitton, Versace, and many other reputed brands.

How Much Is Victoria Waldrip’s Net Worth?

Victoria Waldrip is a popular Instagram sensation. She is quite popular on Instagram and earns a hefty sum of money from it. Likewise, her main source of income is from her promotional posts. As per some sources, she earns over $15 k per Instagram posts.

Similarly, Waldrip also has over 728K subscribers on her official YouTube channel, Vickey. Not to mention, she earns a hefty sum of money from her YouTube account too. So far, Victoria’s net worth is around $2 Million as of 2019. Surely, she is living a lavish life relishing hefty income.

On the other hand, her ex-boyfriend, Papi JJ’s net worth is around $200K as of 2019 which he earned from his rapping career.

Is Joe Dinicol Married? Know About His Relationship Status 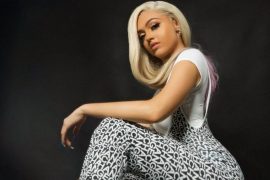 Is Instagram Model, Woah Vicky Single or Dating Someone? 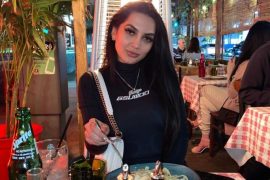 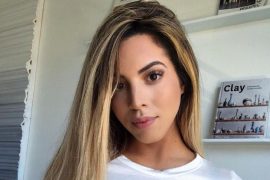