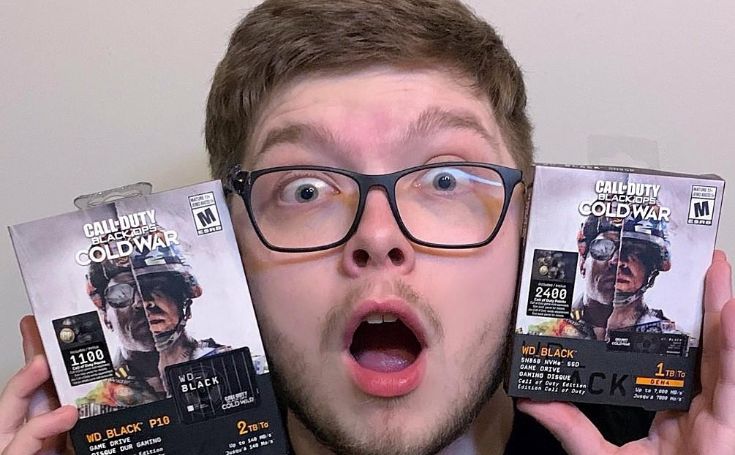 If you are attracted to video games, then you must recognize one of the world’s most famous professional American eSports gamers who came into the spotlight after defeating fellow pro-Fortnite player Nick Kolcheff. He is none other than Ghost Aydan.

Besides, Aydan is a Twitch streamer and YouTuber as well. Recently, he joined a famous gaming team, the Ghost Gaming team.

Let’s dig into Ghost’s life and find out the secrets about his personal and professional life. So, stay tuned with us to collect more information about the famous Twitcher.

How Rich Is Ghost Aydan?

Being an eSports player and streamer, Aydan has accumulated impressive money. As per some sources, Ghost’s net worth is estimated at around $200,000 as of 2021.

And, he earns most of his money by streaming live on TWITCH and YouTube.

Moreover, the handsome hunk also has over 812,000 subscribers on his YouTube, and his yearly income from it is between $9,300 to $148,000 as of now. Currently, he is experiencing a modest lifestyle, playing games with his earnings and fortune.

As the star grows popular among gamers and gaming society, fans are more curious about his personal life. So, let’s take time and know about his secret life.

With Whom Is Ghost Aydan Dating? His Girlfriend.

The 22 years old gamer is currently in a relationship with his longtime girlfriend named Danielle Sweets, whose nickname is Dani/Sweets. He shares a strong bond with her and even loves to share quality time with others, however, the two haven’t mentioned yet where and where they met for the first time in the media.

Sweets also play Fortnite, and she is a Fortnite content creator. The duo often plays the game together and uploads videos on their respective social media accounts.

Recently, the lovebird went on a dinner and uploaded a status about it on his Twitter handle. Likewise, he has also shared pictures of them visiting the Ferris Wheel.

As for now, the duo is living happily without separation rumors and controversies regarding their love life.

The rising Twitch star, Ghost, took birth on 25 April 1999 in the USA, under the Taurus birth sign. Likewise, Aydan is of American nationality and has a white ethnic background.

Further, he has kept all the information detailing his parents and siblings behind the curtain.

And, he has over 458,600 followers on his Twitter, where he let his fans know about his daily life incidents and information about his streaming.

In the same way, he has over 812,000 subscribers on his YouTube channel, where he uploads his gameplay.

Furthermore, Aydan began his career as a Twitch streamer and later competed in Epic Games’ Summer Skirmish Series Tournament in 2018.