If you are going to count down the number of celebrities who exchanged the ring on 2019, then make sure to add the name Jeremy Allen White and his girlfriend and soon to be wife Addison Timlin. Yes, guys, Allen put a ring on Timlin. Shameless star Jeremy Allen White put a massive ring on Addison Timlin, a longtime girlfriend at the beginning of 2019.

Want to know all the relationship details between the couple? If you are one of the fans and want to know all the juicy details, read the entire article. The article includes everything about the newly engaged couple. So, without further ado, let’s get into the article.

Who is Jeremy Allen White Girlfriend?

As said before, Addison Timlin is a girlfriend of popular American actor Jeremy Allen. The couple is dating each other for more than a decade. The couple met in 2008 on the “Afterschool” set, but only years later they started dating. The same movie, Emory Cohen, also worked together with Allen White. After dating each other for almost a decade, they decided to take their relationship to the next level.

Addison welcomed their first child Ezer Billie White on October 20th, 2018. The most interesting fact is, despite dating for more than a decade, they haven’t tied a knot. Since the couple has already shared a daugther together, they have a bigger plan than just marriage.

The couple recorded their journey to parenthood on Instagram, and Addison revealed before the birth of their baby that 50 Shades Of Grey’s actress Dakota Johnson would be the godmother of their little girl.

Sharing a picture of her at a bowling alley with the actress to celebrate the birthday of Dakota, Addison wrote: Happy birthday to the godmother of my baby.

Well, White and Timlin are indeed engaged. As per the report, Jeremy proposed Addison just after a month of the arrival of their first child. They sparked engagement rumors when Addison wore a huge sparkler on her left ring finger while running errands with Jeremy in Los Angeles.

However, the couple hasn’t made any official statement about their engagement looking at the huge ring on a left hand of Addison we cannot deny the fact they are already engaged.

There love is evident as both the couple doesn’t hesitate to shower lover for each other on their respective social media platform. Jeremy also has worked with Nichole Bloom. 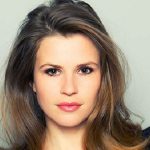 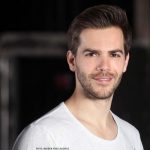