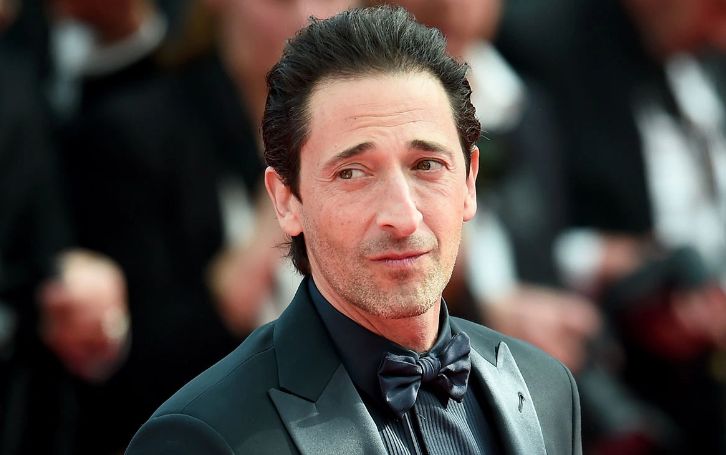 Today’s topic is about an American actor and Producer, Adrien Brody. Brody is best known for his role as Roman Polaskis in the 2002 movie Pianist, for which he won the Academy Award for best actor. Upon that, he became the youngest actor to win Academy in that category and the only actor to receive the Cesar Award for best actor.

Some of Adrien’s other movies include The thin red line, The Village, King Kong, and Predators. So what about his personal life? Is he married?

Adrien Brody was born on April 14, 1973, in Woodhaven, Queens, Newyork, to father Elliot Brody and mother Sylvia Plachy. His father is a retired history professor and painter, while his mother is a culture photographer based in Newyork. Brody’s father is of Polish descent, and his mother is of Hungary-Czech descent and followed Catholic. Unlike his parent’s religion, Adrien grew up without any connection to religion.

During his childhood, Brody performed magic shows at children’s birthday parties with his show named ”The Amazing Adrien”. Later he attended I.S. 227 Louis Armstrong Middle school and Fiorello H. Laguardia Highschool of Music &Arts and performing arts based in Newyork.

He studied art and drama in school. However, his acting interest was a forceful one since his parents enrolled him in the art school just to distance him from the dangerous children with whom he was friends.

Later, the 46-year-old actor attended Stony Brook University before being transferred to Queen’s College, where he studied for a semester. Ultimately since he had started taking classes from the age of 13, he got the chance to appear in an Off-Broadway play and a PBS television film. Later his career took speed after he showcased his talent in the 1996 American crime drama film bullet alongside Tupac Shakur and Mickey Rourke.

On and off Relationship

Although Adrien has a successful professional life, his love life is a failure. He has had multiple failed relationships throughout his life. At first, he was in a relationship with actress and model Monet Mazur 2001. She is famous for her role in movies such as Torque, Deadman running, Moster in law, Stoned and Just married. His relationship with the model lasted only for less than a year.

Later he started dating Australian actress Sky Nellor in 2002. She is known for movies such as Oneworld Music beat, Cover beat, Cover wars and social. Similar to his past relationships, his relationship with Sky lasted only for a year.

Additionally, he met Michelle Dupont, a music industry personal assistant, at a private party and started dating in 2003. The couple had a smooth relationship for a couple of years and were seen attending the Oscars together in the same year they met.

Sadly, Adrien could not make his relationship steady with the assistant and broke up in the midst of 2003 after being together for two years.

Ultimately, after many on-and-off relationships, Adrien finally got engaged in 2008 to Spanish model and actress Elsa Pataky. She is famous for her role as Elena Neves in the Fast and the furious franchise. The couple exchanged the ring in a private ceremony and lived together before separating in  2009.

Upon his unstable relationship, he stayed single for four years and remained focused on his professional. Eventually, he met Primetime Emmy award-winning actress January Jones in 2010.

At that time, everyone had thought his relationship would last long for a long time since both of them belonged to the same industry and both were successful. Sadly the couple failed to continue their relationship for a long time, and in January 2012, they ended their two years of relationship.

Moreover, The Pianist actor Adrien also dated Russian blonde Lara Lieto in 2012. The then couple were often spotted spending time together before separating. Now, Adrien is most probably single and focused on his acting career.

Adrien is currently busy with his upcoming projects, such as E.I. Tonto, The French Dispatch, and Blonde, which are now under post-production. He lives in a million-dollar castle in Stone Barn Castle Central, Newyork.