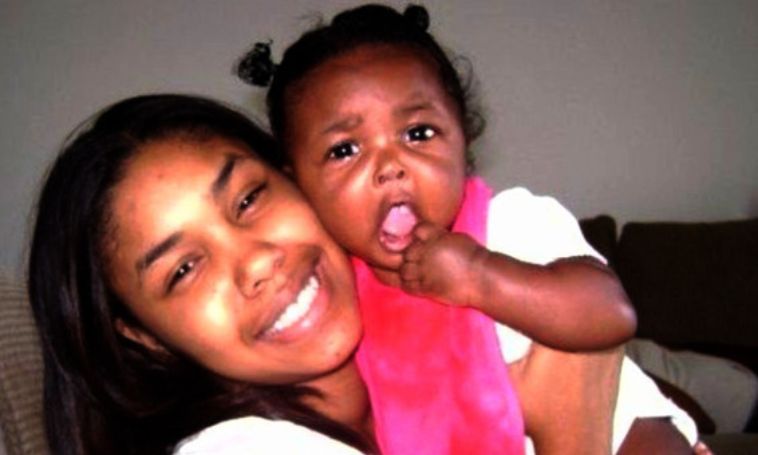 Unfortunately, she was not there to see the world for a long time. At the age of 27, she left the world along with one of her children. What was the cause of Nova’s Death? She was murdered. Find out more about Nova Henry by reading the article until the end.

Sister of a Famous Tattoo Artist

Nova Henry was born in Chicago, Illinois, the USA, on July 28, 1981. She is the daughter of her father, Keith Henry and her mother, Yolan “Loni” Corner. She was raised alongside her brother Ryan Henry and sister Jillian. Her brother, Ryan, is now a famous tattoo artist. He owns a tattoo studio named 9Mag, in honor of his later sister Nova and his niece Ava. Nova’s ethnic background was African-American, while her nationality was American.

Henry’s mother worked at HouseNation, and her father died while she was young. However, Nova’s upbringing and secondary educational background have not yet been provided. Although, it is sure that she has completed her high school. Nova’s mother, on her Instagram, posted a picture of Nova attending her senior prom. Sadly,  at 27, police found her dead in her apartment and her 10-months-old daughter Ava Curry.

Nova Henry and Eddy Curry were high-school lovers, although Eddy later got married to Korie Kellogg. But only after six months of marriage did Curry divorce Kellogg. After Curry’s divorce, he and Nova re-connected. Their bond was going very strong, and she often put her studies on hold to visit him in New York from Chicago.

In 2006, Nova and Eddy welcomed their first child, a son Noah together. Likewise, two years later, in 2008, they welcomed their second child together, a daughter named Ava Curry. Nova lived a great life with her NBA star boyfriend and two beautiful children. However, the relationship between Nova and Eddy is very much complicated. While Nova was five months pregnant with her firstborn, Eddy got engaged to another woman called Francine.

Shortly after Noah was born, financial support for him and Nova Curry started to decrease. That led Nova to hire a local attorney called Fredrick Goings to set a legal child support agreement. Nova was granted $6,000 child support from a Chicago court. Soon after the case was settled, Henry and Curry re-kindled their relationship.

Although, after their daughter, Ava, was born, Curry denied that he was her father. That led Nova and her attorney to drag Curry back to court. Later, it was proved with a DNA test that Ava was Curry’s daughter. Thus, he had to pay $15,000 a month as child support. Moreover, Curry was married to Patrice Curry at the time Ava was born.

What Led Nova Henry and Her Infant Daughter To Their Graves?

Unfortunately, only after four months of winning the legal battle, Nova Henry and her 10-months-old daughter Ava Curry were found dead. Their bodies were discovered in Henry’s upscale Chicago townhouse. Nova was fatally shot multiple times on her back, chest, and head, and her daughter was shot in the head. The mother and daughter were shot to death by none other than their local attorney, Fredrick Goings, on January 24, 2009.

After her death, it was revealed that Nova was in a romantic relationship with Goings. During their relationship, Fredrick tried to isolate Nova from her friends and family. Moreover, he often tried to affect Nova’s self-esteem. Sooner, the verbal abuse turned physical. That led Henry to file an order of protection against Fredrick Goings in 2007. However, the law was not formalized.

Later, Nova made it clear to Goings that their relationship was over, and he had to move on. Moreover, she also decided to switch to another lawyer for her case of legal custody of her daughter Ava and planned to get a refund of $24,000, the fee she paid to Goings. Unfortunately, that triggered Fredrick to murder Nova Henry and her infant daughter Ava Curry brutally.

However, during the murder, Nova’s son Noah was with them and witnessed the crime, although he was unharmed and sleeping peacefully when the police discovered their bodies.

In February 2009, an arrest warrant was issued against Fredrick Going. He was convicted of one count of first-degree murder after Nova’s son testified that Fredrick murdered his mother and sister. He was sentenced to imprisonment by a Cook County jury.

Nova Henry’s net worth before her death is estimated to be around $200,000.Henry got an amount of $6,000 as child support from her former NBA star boyfriend, Eddy Curry. According to Celebrity Net Worth, Eddy Curry has a net worth f $3 Million. Similarly, he earned a total of $70 Million throughout his playing days.

After Nova Henry’s second child was born, she got an amount of $15,000 a month as child support. Moreover, when signed to the New York Knicks team, Eddy curry asked for an advance salary of $ 8 million from his $ 9 million contract. However, the team only provided him with $ 3 million. Likewise, as of January 2020, Curry raises seven children with his wife, Patrice Curry.