Comedian Ali Wong is a married woman for a long time now. Ali is very lucky in her real-life romance despite playing the character who is a failure in love in her new NetFlix series.

Wong married in 2014 and within these five years, she has become the proud mother of two children. Is the Filipino actress happy in her married life? What is her current Status? Want to know that, you’re in the right place. Let’s figure it all out.

Who is Ali Wong Married to? Know about her Husband

The Comedian married her longtime boyfriend Justin Hakuta on November 27, 2014. Ali Wong when talking about her marriage and her first meeting with Justin still blushes. Wong and Hakuta locked their eyes on each other back in 2010.

Unlike Ali Wong her spouse Justin is a business minded person. Justin gets these traits from his parents especially his father Ken Hakuta. Ken invented things and passed his knowledge to many children through a TV show in the 80s.

The Japanese native Justin studied from top colleges and University, most notably Harvard Business School. After completing his education, Hakuta started the business in the field of technology. Before that, he worked as a team leader at Direct TV-Digital Innovation Lab, and sometime later, he shifted to working as a product manager at Good RX.

Currently, he is a prolific entrepreneur who ventured in the fitness and Yoga market. Justin showers the knowledge of Yoga through online sources. Besides that, Hakuta also founded The Human Trafficking Project and All Day Buffet.

Also Read: Who is Reggie Watts Wife? Know about his Children & Family

Love at first sight for Ali Wong. Where did they meet each other?

The lovely pair first set their eyes on each other in 2010 at the wedding event. According to Ali Wong, weddings are a dreadful social situation for singles. But who knew? Wong would find the love of her life at a wedding.

It was love at first sight, says Wong remembering her first meet with Justin. You ever get this instant connection feel just by looking at someone. This exactly happened to Ali Wong. She saw Justin and instantly her heart was telling her that he is a catch, don’t let go of him.

“So I was like, ‘All right, Ali, you gotta make this dude believe that your body is a secret garden. When really it’s a public park that has hosted many reggae fests and has even accidentally let… two homeless people inside. I thought they were hipsters.”

After some conversation, Ali and Justin started dating and decided to get married four years later. The wedding was an intimate affair which was attended by the pair close friends, family, and relatives.

Also Read: Dave Chappelle a Netflix comedian has displayed a legend in the history of Comedians

The couple welcomed two Children in their life…

Ali Wong and Justin Hakuta have now expanded their family from two to four. The pair welcomed two children from their five years of marriage. In November 2015, Ali gave birth to the little angel named Mari. The joyous moment in the duos’ life.

Ali and Justin celebrated that moment again in 2018 when the couple second child was born. However, the name of the second child is not known.

What is their Current Relationship Status? Any Rumors

Wong is very supportive of her hubby and whatever business he takes on, Ali is completely by his side. Same can be said for Justin too. Hakuta loves Ali’s stand up comedy and completely supports his wife in any condition.

Their relationship is very fun-filled with love and that is very infectious. Ali does everything she can to stay away from any sort of rumors and a toxic environment which may lead to a rocky relationship. 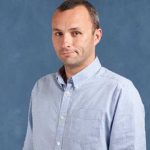 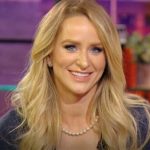 Who Is Leah Messe? Know Her Personal Life And Net worth