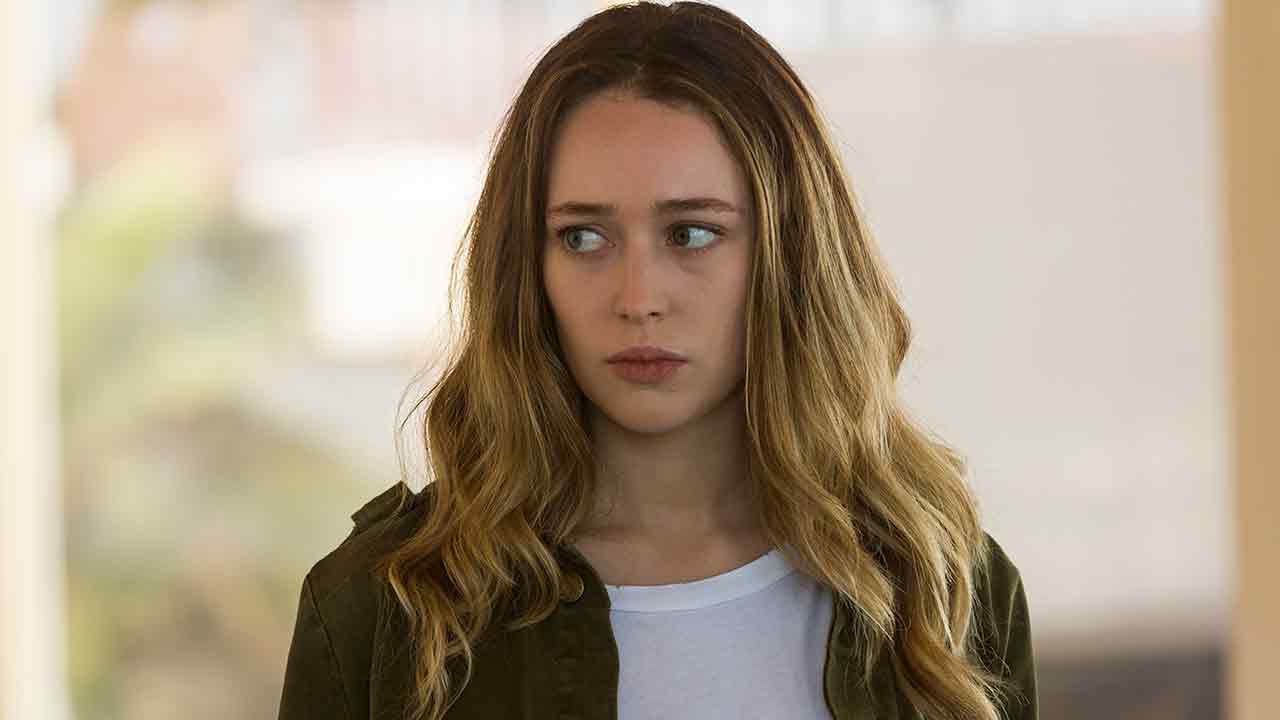 ”Hard work and dedication leads to success.” Keeping this in mind, the actress worked really hard from the very early age of 10 and today, she has such stardom which most of the people dream of. She is non-other than The 100 star, Alycia Debnam-Carey. Moreover, she worked in several movies and TV series from where she has won numerous awards. Not only this, but she also accumulates a good net worth and salary from her work.

We all might be familiar with her professional life, but what about her personal life? Is she dating or is single? Let’s find out from this biography.

Born Alycia Jasmin Debnam-Carey to Leone Carey on 20th July 1993 in Sydney, New South Wales, Alycia Debnam-Carey is an actress. Her birth sign is Cancer. Regarding her nationality, she is Australian and belongs to White ethnicity.

Moreover, she graduated from Newtown High School of the Performing Arts in 2011. While studying at the school, she was a percussionist. Before her graduation, she along with other 40 musicians worked together in a partnership with Berlin Philharmonic. Later, she went to Sydney Conservatorium of Music where she studied classical percussion for almost ten years.

Besides, Debnam-Carey made her debut in the film industry at the tender age of 10. In 2003, she appeared as Elsie in the movie, Martha’s New Coat. After working in several short films, she starred in Into the Storm in 2014. The same year, she starred in the horror movie, The Devil’s Hand with Jennifer Carpenter, Thomas McDonell, and Adelaide Kane. As of 2018, she is working in two movies, A Violent Separation and Liked.

Similarly, Debnam-Carey made her TV debut in an episode of McLeod’s Daughters. After numbers of TV series, she landed in The CW’s sci-fi TV series, The 100 as Commander Lexa. Her performance helped her to win several awards like E! Online Awards and MTV Fandom Awards several times. The series starred Eliza Taylor, Marie Avgeropoulos, and Bob Morley.

One of her another popular TV series include AMC’s horror drama series, Fear the Walking Dead where she is working since 2015. She shared the screen with Kim Dickens, Lennie James, and Colman Domingo. Moreover, she won E! Online TV Scoop Awards for her role as Alicia Clark, daughter of Madison and Nick’s sister.

How Much Is Alycia Debnam-Carey’s Net Worth?

According to Celebrity Net Worth, Alycia Debnam-Carey has an estimated net worth of $3 million. She has many upcoming projects from which we can see a rise in her net worth. One of her films, Friend Request grossed $11.3 Million on the box office with a total budget of $9.9 Million.

Moreover, her 2014’s movie, Into the Storm collected $161.7 million at the box office which was made with the budget of $50 million. The movie starred Sarah Wayne Callies, Richard Armitage, and Nathan Kress. Similarly, as per some sources, she earns a salary of $90k per episode from her role in the TV series, Fear The Walking Dead. Whereas, her salary is estimated to be $80k. Besides, she owns a house in California. She also has a Range Rover which costs between $50,895 –  $90,295.

Born in the year of 1993, Alycia Debnam is currently at the peak of her mid-twenties. The beautiful TV actress, Debnam is in her 26 years of age as of 2019. She is active in her career since the age of 10 and still present in her profession. Similarly, Carey celebrates her birthday (natal day) on every 20th of July. Other famous celebrities like Jaclyn Hill and Julianne Hough also enjoy their birthdays on the same day. In addition, her zodiac sign (Birth Sign) is Cancer. Some of the traits of the sun sign Cancer are highly intuition, psychic abilities, sensitive and self-protected.

Alycia Debnam-Carey is yet to get married. Debnam-Carey is more to her career. She is hardworking and ambitious which might be the reason behind her to be more focused on her career rather than involving in a serious relationship. So, as of 2018, she is single and has no boyfriend. Previously, her fans speculated that she dated Marcus Castrus.

Besides, Debnam-Carey is a football lover and loves traveling.

She is a fan of a football team Arsenal and her favorite player is Lionel Messi. Also, she has a great fan following on her social media. As of 2018, her Instagram account has over 1.6 million followers wheres her Twitter account has over 408k followers.