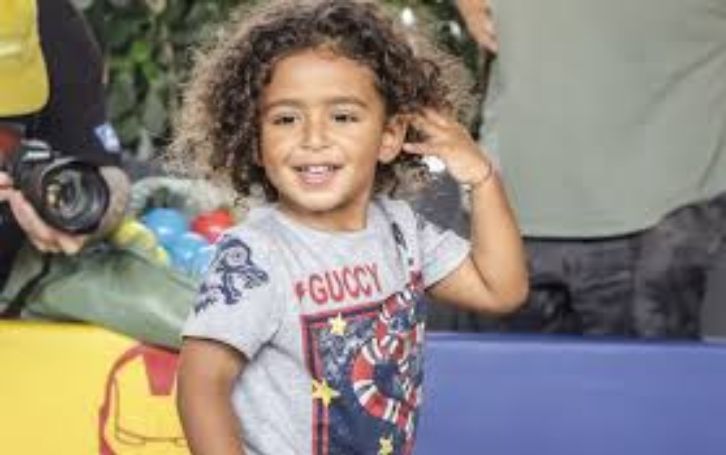 Asahd Khaled, the first child of Dj Khaled and Nicole Tuck. So what is Asahd up to now? How old is he? How much is his net worth? To find out, continue reading the article below:

Who is Asahd Tuck Khaled?

The eldest son of the Khalid family became a public gossip after his dad streamed his birth on Snapchat. Asahd comes of Palestinian descent. His grandparents migrated to the United States and belonged to a devoted Muslim.

As of now, Asahd is very much a child and must be getting primary education. He was already a star after his dad opened an Instagram account with his name, which had over a million followers. Asahd’s dad Dj Khaled frequently uploads his son pictures where he can be seen hanging out with his family and friends. Furthermore, Asahd was blessed with a baby brother on January 20, 2020, whose name is not yet revealed.

Although Asahd’s parent’s love story is still a secret, the couple is head over heels in their love even after the birth of two kids. Dj Khaled and Nicole Tuck met during the ’90s when Asahd’s dad was in his struggling days. Since Nicole is also of Palestinian descent, it became easy for the pair to get to know each other.

As per sources, it was Dj Khaled who proposed to Nicole right after the birth of Asahd. However, the couple sealed their lips while revealing the date and venue of their wedding, but they tied the knot after their first child was born. The pair uploads pictures of each other on their social media account.

Also, the couple is seen traveling and spending a good time together. Nicole also travels with him on his tours and concerts as a manager. Currently, the couples are happily married with no rumor of dispute and extramarital affairs.

Asahd tuck Khaled is currently four years old and not engaged in any sorts of activities. Besides, Asahd lives a lavish life with her family. In addition, his father has a net worth of  $65 million.

Asahd’s dad became a millionaire after the release of his 7th studio album ”Suffering from success‘‘. Afterward, Dj started earning $7 million annually. Later he endorsed Bang & Olufsen headphones. As per sources, Khaled earned $15 million in 2016 due to his back-to-back hit albums.

Moreover, Khalid purchased a seven-bedroom, seven-bathroom mansion in Miami for $3.8 million in 2016. At the same time, he bought Robbie Williams’s former house in Beverly Hills for $10 million with seven bedrooms and 11 bathrooms which were formerly listed for $11 million. Alongside his wife, Nicole drives a $70,000 worth of Bentley.

DJ Khaled Kiss the Ring Nicole Tuck We the best