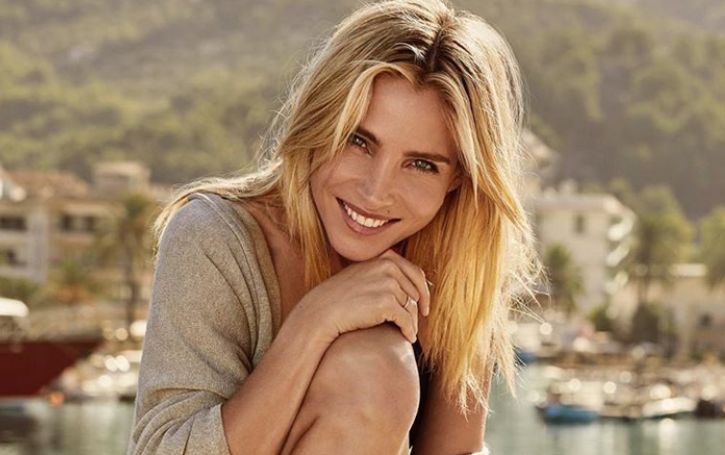 Have you watched the popular movie The fast and the furious? If yes then you must be familiar with the role of Elena Neves portrayed by Elsa Pataky. Pataky is a Spanish model, actress and film producer. She also starred in the Spanish film Di Di Hollywood.

Some of Elsa’s other movies include  Snakes on a Plane, Giallo, Give ‘Em Hell, Malone to name a few. She is currently married to actor Chris Hemsworth. Also, the husband and wife are parents of three children.

Elsa Pataky born as Elsa Lafuente Medianu on July 18, 1976, in Madrid, Spain. She uses the name Elsa Pataky from her grandmother Rosa Pataky. She was born to father Jose Francisco Lafuente and mother Cristina Medianu Pataky. Her father served as a biochemist in Spain and her mother, a Publicist. Elsa holds Spanish nationality and her ethnicity is mixed.

Pataky has a younger half-brother named Cristian Prieto Medianu who is also into the entertainment industry and works as a cinematographic director. Since Elsa is the only child in the family she got all the love from her parents. She spent her childhood days skiing in the Pyrenees and Alps, as well as biking with her father.

Additionally, Elsa attended school in the beautiful city of Madrid the same city where she grew up. She graduated with a degree in Journalism from a private Catholic University in Madrid named Universidad CEU Sab Pablo.

Since she always wanted to become an actress the 43-year-old started taking acting classes during her time at the University. Apart from Spanish and Romanian she fluently speaks English, Italian, Portuguese and French.

Elsa Pataky is married to Australian actor Chris Hemsworth. He is one of the successful actors in the Hollywood film industry just like his brother Luke Hemsworth. Chris is known for his movies Avengers series, Thor Ragnarok, Doctor strange, 12 strong to name a few.

She met Chris in early 2010  through a mutual representative. Soon after they tied the knot in the same year during the Christmas holidays in 2010. Although clear detail about their marriage is still a secret the couple is happily together for a decade and shares three children together.

Before marrying Australian hunk Chris, Elsa had multiple relationships. She was once engaged to American actor Adrien Brody in 2006. Adrien is famous for his roles in the movie The Pianist alongside Morgane Polanski. The then partner was immensely in love with each other. In fact, Adrien had also bought the castle for her but their relationship could not last long and separated in 2009.

Furthermore, she was in a relationship with French actor Oliver Martinez for a year. Oliver is famous for movies such as Before night falls, Unfaithful, The Horseman in the roof, S.W.A.T.

Elsa Pataky has a net worth of $5 million from her carer as an actress. She has showcased her talent in Spanish and English movies. Elsa earns around $55,000 to $72,000 from a movie since an actress in Spain earn around $20 in an hour. The 43-year-old can be seen in some of the highest-grossing movies such as:

As of now, Elsa does not seem to be involved in acting because of her three growing kids. Besides, she enjoys a lavish life because of her husband Chris’s net worth of $130 million. The pair lives in a $20 million worth house in Byron bay with their kids.