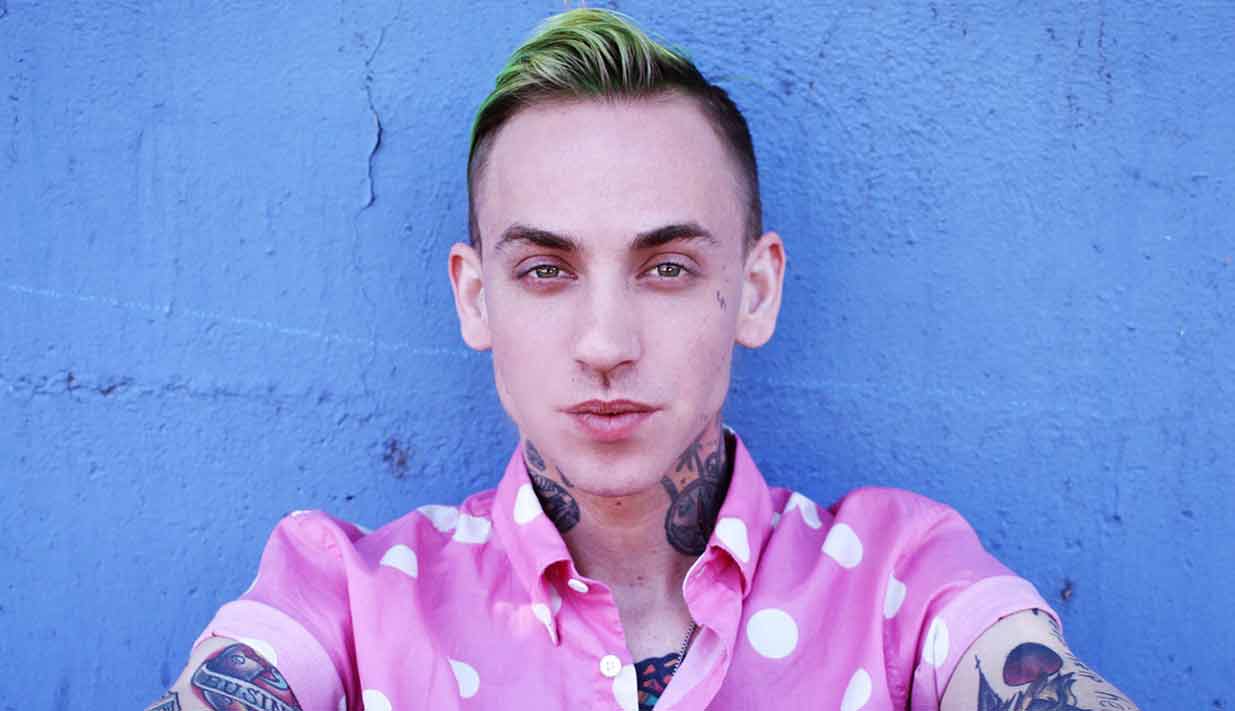 Matthew Tyler Musto is an American singer, songwriter, rapper, and a music producer. He is popularly known as Blackbear. Especially, he is known for the songs Idfc and Do Re Mi. Blackbear is also a co-writer of a famous Justin Bieber song, Boyfriend. Also, he has worked with many hit singers such as Hoodie Allen, James Black, and Pharrell Williams. Currently, Blackbear is a solo artist and is working on SoundCloud as an independent artist.

Matthew is not married yet but he is in a relationship. Similarly, he has a huge amount of net worth. So, if you want to know about his personal and professional life then read this article to the end.

Matthew Tyler Musto was born on November 27, 1990, in Pittston, Pennsylvania, the U.S. with the birth sign Sagittarius. After a few years of his birth, he moved to Daytona Beach along with his parents. Blackbear was growing in Palm Coast Florida. Then, he moved to Atlanta Georgia and as well as in Los Angeles, California in his late teens. Talking about his childhood, he was a singer of Florida-based rock band when he was in his high school.

He started his singing career back when he was in high school, in Florida-based rock band named Polaroid. They released an album with songs including, Paint The Town, one EP Inside and Out, and one demo in The Cure Demo. Blackbear eventually left the band to begin his solo career. His debut in Extended Play is Brightness which got released in 2008. Blackbear released two more EPs Contrast, released in 2009, and Exposure, released in 2010. In 2012, Blackbear collaborated with Justin Bieber to work on his single song Boyfriend. This music became a hit and 2nd position on the Billboard Hot 100 chart and also charted in many other countries like Canada, Norway, and Portugal.

In the same year, in April, he released the EP Foreplay and in October, he released his debut mixtape Sex. Blackbear’s next EP was Afterglow which was released in 2014. Similarly, his first full-length album, DeadRoses was released in February 2015 which contained ten tracks. Blackbear released Idfc was a major success and charted on the Billboard R&B Hot 100 which became very popular and has been streamed over 22.5 million times on SoundCloud.

His second single 90210 was also a success and gained more than 11 million streams on SoundCloud. In the same year, he also released his second album Help. Talking about his third album, Digital Druglord got released in April 2017 and peaked at the 14th position on the US Billboard 200, and also entered the charts in other countries such as Canada and the Netherlands.

The prominent singer Blackbear has 5 feet 8-inch height. However, his weight is still under review. He has a slim body. Matthew has brown hair with the rarest eye color green.

Blackbear who has lots of fans has a unique style. Similarly, he has lots of tattoos on his body.

He has tattoos even on his fingers. People are more curious about his tattoos.

The famous singer who is just 27 years old as of 2019 is unmarried. However, he is in a relationship with famous YouTuber and Instagrammer star Sydney Carlson. They have been dating since 2017. Moreover, the couple are often found several times in the public. Also, they love to share their relationship status in social media.

Before this relationship, Blackbear dated an actress Bella Throne in 2017. Moreover, they also shared some lovey-dovey photos of them. However, their love life did not last long and later they broke up.

Blackbear is having an on-going relationship with Sydney so, they are having a good relationship.

As of 2019, he has earned a huge amount of net worth where he also had a tour and which has lots of viewers too. So, from different sources, he is said to have an estimated net worth of $2.5 million.

Indeed, he is having a luxurious life with his favorite persons.