Brandon Awadis popularly known as Brawadis, is a social media personality with over 1 million Instagram followers and 3.5 million YouTube subscribers. Further, he is an aspiring NBA analyst and avid fan of the Phoenix Suns basketball team. Also, he writes as the Phoenix Suns Team Manager for VAVEL.

Brandon Awadis is famous for his fun-filled contents on YouTube. In a short period, he became very famous. Besides, he also dated a famous Instagram star, Jackie Figueroa. Are they still together?

The famous YouTuber, Brawadis, was born as Brandon Awadis on June 23, 1995, in San Diego, California, United States. Like Brandon, his parents are also famous. They are popular as Mama Rug and Papa Rug (Sana Awadis and Ron Awadis). Brawadis grew up with a younger brother named Brian Awadis who is famous as Faze Rug.

HAPPY BIRTHDAY TO MY LIL BRO @rugfaze ✊🏼 I LOOK UP TO YOU EVEN THO YOU’RE YOUNGER 💜 KEEP DOING BIG THINGS, KEEP INSPIRING THE YOUTH LIKE YOU DO, PROUD OF ALL YOUR ACCOMPLISHMENTS BROTHA 😬

He is 23 years old and his star sign is Cancer. As per nationality, Brandon is American and belongs to mixed ethnicity with Iraqi ancestry. For his schooling, Awadis finished Mira Mesa High Schoo. Later, he went to San Diego Miramar College and studied journalism with an emphasis in media studies in college.

Brawadis’ Ex-Girlfriend, Is he dating anyone?

YouTuber, Brandon Awadis dated an Instagram star, Jackie Figueroa from 2015 until 2017. In November 2017, Awadis announced their break-up through his channel. Their fans were devastated by the news of their separation. However, Jackie still appears in Brandon’s videos, and the two share an equally loving bond of friendship.

The couple broke up on their mutual terms. As per sources, the main reason behind their breakup was a personal misunderstanding. The former couple dated for two years, and while they were together, the social star couple even became more famous.

As of now, the 23-year-old, YouTuber, Brandon Awadis is single. However, on June 19, 2019, he posted a video called, ‘They Surprised Me With My High School Sweetheart.’ The footage showed him celebrating with friends and his close friends. As per the video, his little cousin, Stephanie, graduated from high school.

How much is Brawadis’ Net Worth? Earnings and Salary

As of 2019, Brawadis has a net worth of over $800,000. The primary source of his income comes through social sites like YouTube and Instagram. As per socialblade.com, Brawadis earns around $78.3K – $1.3M per year from his YouTube channel. Likewise, his monthly earnings range between $6.5K – $104.4K. Besides, he earns an additional sum of money from sponsorships and advertisements.

As mentioned, all of Brawadis’ family members are famous YouTubers. His parents run a YouTube channel named, Mama Rug and Papa Rug, which has over 1 million subscribers. Their yearly earnings range between $2.3K – $36.8K.

Similarly, Brandon’s brother, Brian has a YouTube account named, Faze Rug which has a massive 12million subscribers as of now. He probably earns more than his family members with over $174.8K – $2.8M yearly income.

Brother of FazeRug, Brandon Awadis joined YouTune channel on April 3, 2015, and till now his channel has gained 726,794,367 views. He uploads funny videos, Q&A session, and daily life vlogging on his channel. Besides, the avid fan of the Phoenix Suns basketball team writes for VAVEL.

Congrats to my brother @dbook on his $158 million dollar contract. GET THAT BAGGGGGG 💰💰💰 Him & his family deserve every penny 🙏🏼

Do you want to know what type of equipment he uses for Vlogging? As per the source, he uses Canon PowerShot G7X Mark II for the camera, for mic he uses Rode VideoMic, and for the laptop, he uses Apple MacBook Pro laptop. 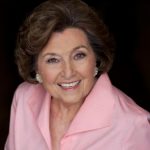