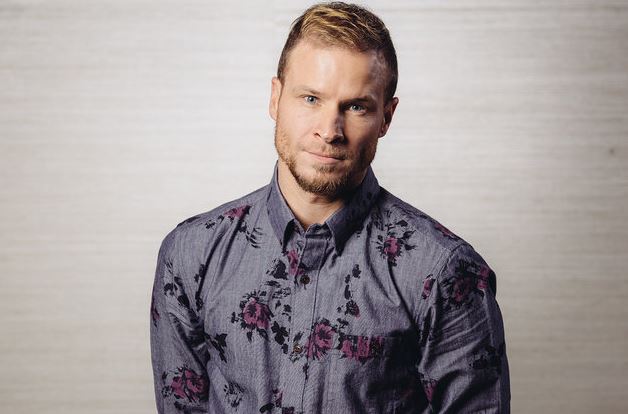 If you are a true music fan, then you must be familiar with the 90’s Vocal band, Backstreet Boys. Today’s topic is about one of the members of the band, Brian Littrell, an American singer, songwriter, and actor.

Brian is named Kentucky Music Hall of Fame singer with his Christian Contemporary solo album, Welcome Home released in 2006. Some of the hit albums of his band group are Never Gone, Unbreakable, This is Us, In a World Like This, DNA, etc. He is married to the famous singer, Leighanne Wallace.

To know more about the singer, stay tuned with us.

Brian Littrell was born as Brian Thomas Littrell on February 20, 1975, in Lexington, Kentucky. He was born to his mother, Jacqueline Fox, and his father, Harold Baker Littrell. His mother is a dentist secretary and father worked in IBM, an American multinational information technology company.

Brian grew up alongside his older brother, Harold, a singer, actor and model. The 44-year-old singer attended Tates Creek High school in his hometown.

Growing up, Brian loved playing sports especially, gymnastics and basketball. He was a popular player in his school days. Brian got into singing because of his parents since he comes from a very protective religious family who follows Baptist.

Littrell started singing in church at the age of seven. Eventually, his singing progress caught the eye of one of his school teachers who suggested him to take it seriously. In an interview, Brian told at one time he sang so beautifully that all the girls in the school screamed throughout the song. Ultimately his singing talent gave him a scholarship in Cincinnati Bible college.

Things changed in his college days when his cousin’s brother suggested him to give audition for the Backstreet boys. After Brian gave auditioned through telephone on April 19, 1993, he flew to Orlando and was selected as the final member of the band.

Brian Littrell is married to the famous singer, Leighanne Wallace in 2000. Their marriage is a fairytale one since they met during the shoot of a song, As Long As You Love Me. His wife, Leighanne is best known for appearing in the TV show Wild America and Silk Stalkings. After dating for a couple of years, they tied the wedding knot in 2000.

They exchanged their wedding vows in the presence of 300 hundred people including band members, Nick Carter, Aj McLean, Howie Dorough, and Brian’s cousin Kevin Richardson. The marriage took place in a Christian ceremony at Peachtree Christian church. Brian chose a charcoal gray tuxedo and top hat and Leighanne looked beautiful in white satin Vera Wang gown. The music was provided by the swing band at the reception which took place at Four Seasons Hotel.

The couple welcomed their son, Baylee Littrell after two years of their marriage on November 26, 2002, in Atlanta Georgia Baylee is also a singer, songwriter, and actor just like his parents. He made his debut with the song 770-Country which was released in 2019.

Additionally, Baylee is close with his dad and joined his dad and the rest of the Backstreet boys on the North American tour on April 3, 2019. He feels blessed to have parents like Brian and Leighanne who never forced him into music. Since he started listening to country music, Baylee had thought of pursuing his career as a singer. The 16-year-old took inspiration from singers like Tim McGraw, Florida Georgia Line, George Strait, and Johny Cash.

Brian Littrell is a millionaire with a net worth of $45 million from his career as a musician as per the Celebrity Net Worth. He is part of the successful band, Backstreet boys for over two decades. The band is worth $200 million.

Brian is the lead vocalist in the band. His earning is much more among his band members with Nick Carter’s $35 million, Kevin Richardson’s $40 million, Howie Dorough’s $40 million, and AJ McLean’s $45 million.

Additionally, Brian showcased acting skills in movies such as Sabrina, The Teenage Witch and Olive Juice from where he earned around $44,642. That amount is an average for an American actor. Furthermore, his song, Welcome Home reached No. 3 on the Christian album chart, No. 1 on the U.S. Christian Inspirational chart and No. 74 on the Billboard 200 chart.