What Is Going On In Traveler and YouTuber Personality, Catherine Gregory Love Life With Andrew Coconato? 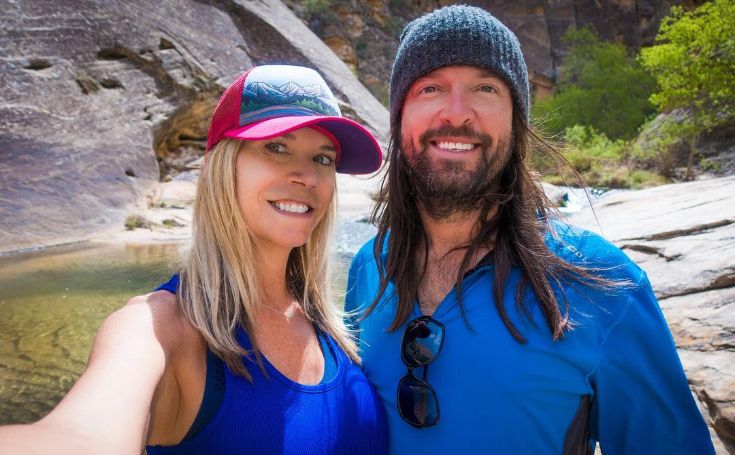 Travel becomes a procedure for accumulating photographs and magnifying all human emotions. In the same way, photography is a form of time travel, and in our life, traveling and photography mean a lot.

Likewise, Catherine Gregory is one of such passionate photographers who are fond of the spirit of nature and lived as a full-time truck camper while exploring every beautiful and exotic place throughout the world.

Usually, she shares her traveling vlogs on her YouTube channel, which has over 69.2 K subscribers and total views of 8,130,637. Further, her life was never the same as today due to her monotonous works.

Ever since the lady discovered the natural beauty of the mountains and greenery forest, she left all the world’s possessions and captured the landscapes with her camera making adventure documents.

Does Catherine Gregory Have Any Boyfriend?

Yes! Forty-year-old adventure lover Gregory was always looking for a partner who could travel the world with her. Nonetheless, the star has found her soul mate during her traveling journey.

Well! Her soulmate is none other than Andrew Coconato, whoever seems to be backpacking and hiking in wildlife.

Also, he is a director, producer, performer, choreographer who made numerous short films plus music videos.

Likewise, the lovely duo had their first encounter when exploring for 3 nights/4 days in the Absaroka-Beartooth Wilderness and Yellowstone National Park during the Memorial Day weekend. Also, the two traveled in and out of Wyoming and Montana park along.

During their adventure, they had lots of fun and some thrill of encountering Grizzly bears around them.

In addition to this, the vlogger proclaimed that the trip was one of her wild backpacking adventures to date and even traveled in Montana’s Beartooth Plateau and Snowy Sawtooths together with her partner.

Are They Planning For Engagement?

Since June 2015, Gregory and Mr. Coconato started dating after their first meeting. Being in the same field and having the same taste for nature and wildlife, the pair realized that they were meant to be together.

Moreover, the two spent so many quality moments during adventures full of instinct.

Up until now, the lovebird has been in a long-term relationship for more than six years, and Catherine frequently uploads their pictures on Instagram, but her partner is not active.

Additionally, they spend quality time together and camping pics via her Instagram posts.

Hence, the couple is now enjoying a quality living together. So far, the two have not spoken yet about their plans for marriage. Anyhow, they might be seen walking on the aisle and ringing the wedding bells soon.

California-based photographer Gregory has an estimated net worth of $300,000 as of 2022 from her YouTube channel, sharing a glimpse of her traveling vlogs.

On the other side, her partner in crime, Coconato, also shares his traveling diaries documentaries on his YouTube channel, where he has 25,500 subscribers with total views of 4.2 million.

For More Updates On Your Favourite Idols, Keep Updated AllStarBio.