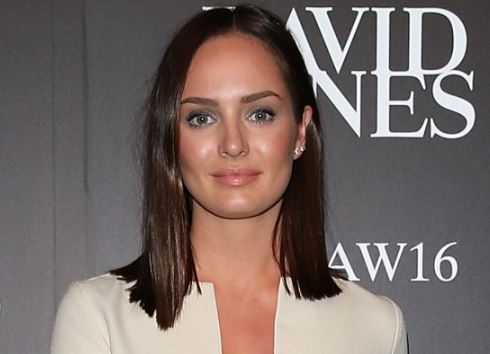 Chloe Morello is a famous Australian YouTuber and social media personality who has showcased her artistry on a self-titled YouTube Channel. Similarly, she has more than 2 million subscribers on her YouTube Channel, where she mostly shares the videos of her makeup tutorials with her fans and followers.

Chloe is a married woman and shares a good bond with her husband. If so, then who is her spouse? Do the couple share any kids? To learn more about Chloe Morello, stay on the page and keep scrolling until the end.

Chole Morello was born on December 1, 1990, in Batemans Bay, Australia. At the same time, she is currently 29 years old as of 2020. She belongs to the ethnicity of Caucasians, and her birth sign is Sagittarius. There is no information about her parents’ names. But as for her father, he was an Italian man who immigrated to Australia as a child.

Furthermore, Chloe was raised alongside her younger sister Ellie Morello. As for their educational background, she is a dropped-out college student. Chloe began her career by working at the crematorium. Later, she started working at her family’s motel on the NSW coast of Australia.

On March 5, 2012, Chloe started her YouTube Channel and ever since then, she has shared several vlogs related to makeup. Most people appreciated her work, and she decided to make a career on youtube and worked as a full-time team member.

Until now, she has collected over 2 million subscribers on her channel and millions of views on her videos. She had many fans within her country, but it soon began to spread worldwide, gaining her foreign fans as well.

She started getting positive comments and good feedback for her work which helped her gain more confidence and appreciation of her talents.

Despite that, Chloe’s videos have captivated people all around the globe. She has worked with top brands like L’Oreal Paris, YSL, Napoleon Perdis, Vaseline, and Simone Perele. Also, shortly, she might want to collab with Priceline.

Who is Chloe Morello’s Husband?

The 29 years old beauty and style guru is a heartthrob to many fans. Well, she is a married woman. She tied the knot with her long-time boyfriend turned husband, Sebastian Maximiliano. Talking about Sebastian, he is an Argentinian-Canadian exotic dancer as per his profession.

Even though many women surround Mr. Sebastian due, Chloe is not very bothered. In fact, the couple loves each other and are very supportive of one another.

In 2018 the couple worked down the aisle and had an intimate wedding ceremony. Before that, the couple dated for two years and finally decided to take their relationship to the next level. In addition, the couple held their marriage on a luxury boat, which sailed around Sydney Harbour. For now, the duo is living a blissful marital life, and there are no signs of separation.

Being a social media personality with many fans and followers, it can be expected that Morello has made huge earnings from her profession. However, Chloe hasn’t announced her net worth to the media until now. According to socialblade.com, she earns an estimated $259k to $4.2k monthly from her YouTube Channel. And in a yearly based, she can make an estimated amount of $3.1k to $49.8k.

Despite her Youtube career, she is also associated with big brands. At the same time, she has already collaborated with big brands that sponsor her with big money. Thus, evaluating her income from social media over the years and calculating it, Morello’s net worth can be estimated at around $800 thousand to $900  thousand.