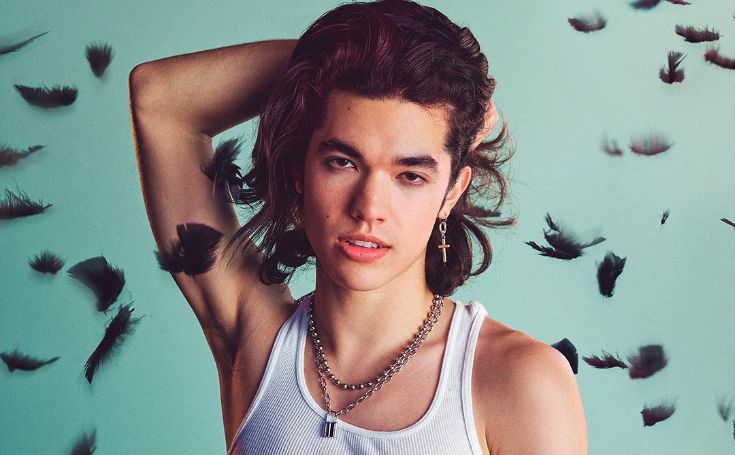 Raised in California and Georgetown, Texas, the young star began his journey back in 2013, and since then, Canon has been uploading vlogs, covers original songs, and exciting content to his viewers.

Moreover, the singer signed a record deal with Republic Records in 2018, where he released his debut EP Sunset Season in November 2018.

As of now, he garnered around 4.3 million subscribers on his YouTube channel. Although the star’s doing great in the music industry, one controversy arises about him; however, not about his arts, but his sexuality. Let’s find out this in the article below:

Millions of his fans and followers frequently questioned Conan Gray is; Is the young YouTube star gay? And because many gossips a lot about his sexuality arises, the young YouTuber came in front back in August 2018 with the answer. Back then, Gray announced he doesn’t identify himself as gay via Twitter.

Even though Conan declared he wasn’t gay in 2018, several of his activities over the years speak otherwise, which made this topic spicier for many. So, what are those gauche actions?

However, the young star dating his good friend Ashley isn’t confirmed by either of them; due to this, no one can speak anything for sure. Further, his late 2019 post created more speculation on his sexuality.

Especially on December 3, 2019, he posted a picture of him and Matty Healy kissing, which clued most of his well-wishers to think for sure he’s gay.

Besides, media outlets presume the vlogger might be bisexual because Conan prefers both boys and girls as a love partner in his music videos.

One of Gray’s hit music videos, Heather, was about his high school crush who desired another girl named Heather over him.

In that video, we can observe him switching his dress up from masculine to feminine, and in a press report, Conan even stated that he made the slow transformation throughout the video Heather to represent the feminine and masculine traits.

Further, the YouTuber star constantly switched between becoming who the singer knew his crush would like. Someone soft and sweet. Someone like Heather.

Back in 2018, as reported by Know Your Meme, the internet influencer wrote a tweet that reads, boys r ugly and so stinky that’s why I’m a lesbian!.

Later, on April 19, 2020, a Twitter user named @oddeyejeno screen-shot his 2018 tweet and commented, @conangray so brave saying this then a few minutes later, its tweets arent loading right now.

Soon that screen-shot made fuzz, and even he responded to the tweet he wrote, he realized the tweet was extremely dumb.

I knew that it memorializes a stereotype breaking the lgbtq+ community, which is the opposite of what I want to do. It was a big mistake.