Does Mandy Moore have Children? Her Married Life and Family 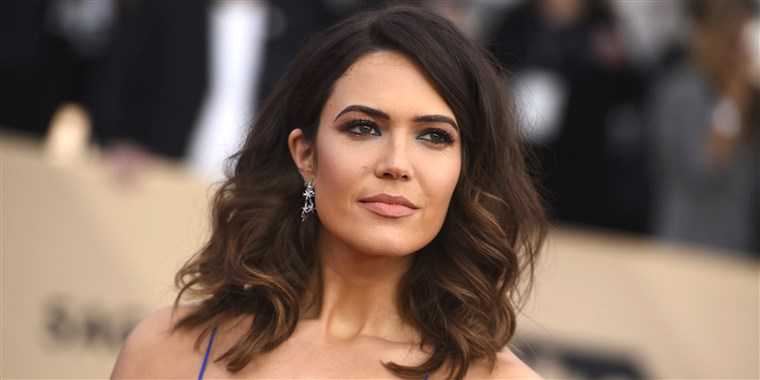 Rebecca Pearson of This Is Us, Mandy Moore recently gave an interview to the Dailymail.co.uk on June 17, 2019. In the interview, she speaks her desire to have children.

From this, we can decipher that Mandy does not have any children as of now. Mandy Moore got married twice in her lifetime but do not share any kids with both of her husbands. Together, let’s explore more about her married life. Who is she married to? And also find out what she wants in her future family.

Who is Mandy Moore Married to? Know About Her Husband

Mandy Moore after ending her long-term relationship with her former husband in 2016, tied the wedding knot with Taylor Goldsmith. Taylor is a frontman of the band called Dawes. The two started dating from 2015 when Mandy divorced was not finalized yet.

The couple has not shared any information regarding how they met each other. But both are singers and it is not difficult to guess how the two locked eyes with each other for the first time. Mandy Moore and Taylor went out on a few dates before taking it to the next level.

The pair got engaged in September 2017 nearly two years after dating each other. And after a year the beautiful couple exchanged wedding vows in front of family and close friends on November 18, 2018.

The wedding was an intimate affair so, not much details are known about the event. But we can assume the wedding was the happiest moment of both of their life.

This Is Us actress, Mandy was previously married to Ryan Adams. Ryan is also the singer who is the frontman of the band Whiskeytown. The pair put the engagement ring in each other fingers in February 2009. Prior to their engagement the couple dated for some period of time.

Mandy Moore and Ryan Adams took their love to new heights on March 10, 2009. They tied the knots in Savannah, Georgia and the wedding was an extravagant affair. All was rosy and the love was soaring to new heights every year. But maybe not, the duo announced they were separating from each other in 2015.

The couple told the reason for their separation is because of irreconcilable differences. It was the same time of the year when Mandy met Taylor Goldsmith. Mandy and Ryan got legally divorced in 2016. The pair do not share any children together from their 6-year marriage.

While on it also read about Deborah James and Bob Eubanks married life.

Mandy Moore on Starting a Family, Tells Taylor Goldsmith Would Be a Great Dad

Moore talked about starting a family life with her new husband and talks good things about him in an interview with Glamour. She said,

“He makes me melt. I can imagine no better partner. He’s going to be the most tremendous father.  I view the past as a stepping-stone to get me where I am today. I would gladly weather all of that a million times over if it brought me to Taylor again.”

With the interview, we can be sure Mandy wants to be a mother in real life and not just only in reel life. In the show, This Is Us, Mandy plays a loving wife and a mom of three kids.