An AACTA Award winner, Eamon Farren is an Australian actor who came to limelight after portraying the role of Rabbit in the movie Chained. He is also known for his roles in other movies such as X: Night of Vengeance, Girl Asleep, Harmony, and so on.

Likewise, Farren also appeared in a number of hit tv series including All Saints as Caleb / Cody Frost from 2008–2009 and in Twin Peaks as Richard Horne in 2017.

Eamon Farren was born on 19th May 1985 in North Queensland, Australia. Farren was raised in the Gold Coast from the age of six. He holds an Australian nationality and belongs to white ethnicity.

Farren studied at Benowa State High School, Australia from where he completed his high school. He further learned French in the school. Later Farren attended National Institute of Dramatic Art (NIDA) and graduated in 2007.

Eamon Farren earns a great sum of money from his professional career as an actor. The estimated net worth of Farren is around $1 million as of 2019.

Moreover, there is information regarding his previous relationship too. Farren is active in social media like Instagram and Twitter, but he hasn’t shared any suspicious photo with a female friend which could raise questions regarding his love life.

@annabamford looked like she always does & i scrubbed up for #ThePresent @sydneytheatreco in this months @bazaaraustralia – check it. final release tickets on sale tomorrow

Besides, being a TV star Farren hasn’t been the part of rumors and controversies regarding his personal life. As of now, he is enjoying his singlehood with his parents in Australia.

Eamon Farren made his acting debut through the film The Outsider in 2008. Likewise, he also starred in other hit movies including Blessed (2009), X: Night of Vengeance (2011), Girl Asleep (2015), and many more.

Likewise, Farren also starred in several tv series such as All Saints, Rescue Special Ops, The ABC Murders, Twin Peaks and so on. Besides movie and tv series, Farren further performed in theatres such as Sydney Theatre Company and Belvoir Street Theatre. 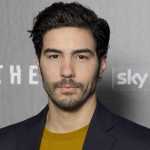 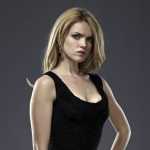