Emmett Skilton is a New Zealander actor, director, and producer. He is best known for his portrayal of Axl Johnson in 2011 comedy-drama, The Almighty Johnsons. Recently, he appeared in James Patterson‘s movie, Murder Is Forever as Det Derek Mois alongside Colin Moy, Lisa Chappell, Ingrid Quinn, and others.

Likewise, Emmett won the hearts of many fans with his stunning looks and outstanding acting skills. His fans and well-wishers want to know about his personal life. So, who is the lucky person to be his partner in crime?

Who Is Emmett Skilton? Bio & Wiki

The prominent actor, Emmett Skilton was born on 23rd September 1987 in Wellington, New Zealand. As a matter of fact, his full name is Emmett Couling Skilton. Likewise, he belongs to white ethnicity and holds a New Zealander nationality. Besides this, there is no information about his family background and early life. In addition, he was born under the birth sign, Libra.

Skilton completed his high school in 2005 and attended Toi Whakaari: New Zealand Drama School in 2007 and graduated from there with a Bachelor of Performing Arts in 2009. Likewise, he also attended Mana College.

Emmett started his career as an actor in 2005 by appearing as Willem van der Murren in the TV series, Seven Periods with Mr. Gormsby. Since then, he appeared in many other TV series. Some of them are:

Likewise, he made his film debut through Objective in 2008 portraying the role of Steve. To date, he has appeared in a number of movies. Some of them are:

Not only in TV series and films but Skilton also worked in theatrical productions such as Between Two Waves as Daniel Wells, Tribes as Daniel, Paper Sky: A Love Story as Henry, etc.

Who Is Emmett Skilton Currently Dating?

Emmett Skilton is romantically involved in a relationship with his girlfriend Holly Shervey, an actress and writer. However, there is no information about when and where they first met. As per some sources, they dated each other for over three years before getting engaged in 2014.

Furthermore, both of their fans are willing to see them in a wedding dress or tuxedo. So, the love birds might be planning for their wedding. As of now, the two are living together. As a matter of fact, both of them are vegans and they are planning to give a vegan wedding party.

In an interview, Emmett stated, “It will be a delicious vegan feast – it’s our day, our way,” and there are so many great meals you can make that don’t need meat. People just haven’t tried them. Our guests might be so impressed, they’ll be persuaded to give it a go!”

Skilton and his partner are supportive of each other and give equal time to their profession as well as love life. Besides this, there are no rumors of their separation.

What Is Emmett Skilton’s Net Worth?

The 6 feet 3 inches tall actor, Emmett Skilton’s net worth is around $5 Million as of 2019. He makes an impressive income through his successful career as an actor. Likewise, Skilton further adds some of the money to his income through advertisement, endorsements, etc.

Moreover, Emmett earns a whooping sum of salary which ranges between $100,000 to $150,00 per year. Skilton is probably living a lavish life as he often visits exotic locations on vacations with his friends and girlfriend. In addition, Skilton further attends events and functions along with his lover. 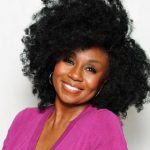 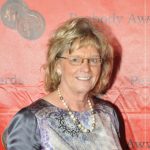