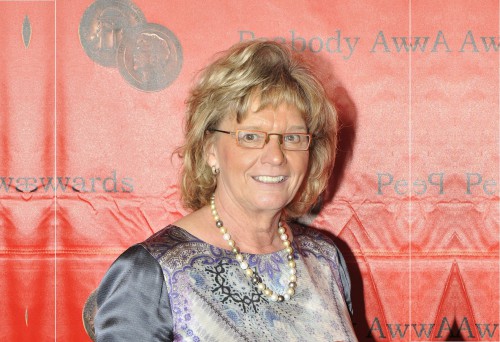 Linda Schuyler is a British television producer and writer. She is best known for her work in the creation of the Degrassi series as well as the Instant Star series of teen programs. Moreover, she also founded Epitome Pictures in the early 1990s.

Schuyler won several awards for her work in  TV series and movies. She earned a wide name and fame as well as a tremendous amount of money from her profession. Schuyler’s net worth is around $2 million as of 2019.

Who Is Linda Schuyler?

The prominent producer and writer, Linda Schuyler was born in 1948 in London, England but grew up in Paris, France. However, she has not revealed her exact date of birth to the public. Schuyler was born to Jack Schuyler(Father) and Joyce Bawcutt (Mother).

Schuyler migrated to Canada along with her family in 1957. She attended the University of Toronto in 1974 and graduated from there with a Bachelor of Arts degree in 1974.

Linda Schuyler’s age is 71 years as of 2019. Moreover, she has blue eyes and blonde hair. Unfortunately, the information about Linda’s height, weight, and body measurements are unknown to the public.

Even being in her early 70’s Schuyler is still actively working in the entertainment industry.

Schuyler started her career right after her graduation. Firstly, she became a school teacher and taught for four years at Earl Grey Senior Public School in Toronto’s east end. Schuyler began creating short films along with her teaching career.

Likewise, Schuyler and Kit Hood founded Playing With Time Inc., a production company and they produced the Kids of Degrassi Street series for CBC Television which helped her to climb the ladder of success.

Schuyler further founded a new production house, Epitome Pictures. Her recent work is in Degrassi: The Next Generation where she worked alongside some famous actors and actresses like Miriam McDonald, Shane Kippel, Cassie Steele, etc.

Who Is Linda Schuyler Husband?

The prominent producer, Linda is a married woman. Linda is married to her producing partner, Stephen Stohn. Schuyler and her spouse exchanged the vows in Schuyler. Not to mention, Schuyler mostly stays tight-lipped regarding her personal life and keeps all the details under the sleeves.

Not to mention, the married couple is in their early 70s but they are still maintaining a perfect relationship. Furthermore, the pair shares a child, son Max Stohn. Currently, the husband and wife share a loving relationship with their kid.

What Is Linda Schuyler’s Net Worth?

Linda Schuyler’s net worth is around $3 Million as of 2019. She earned this hefty sum of money through her career as a producer and writer. Not only a producer but she is also a former teacher and used to teach at high school. Furthermore, she earns a salary of around $60,000 per year.

As per some sources, Schuyler listed her Toronto house on sale for $5,230,000. The house consists of a swimming pool, five bedrooms, and four bathrooms. Similarly, the house covers the area of 60 feet by 154 feet.