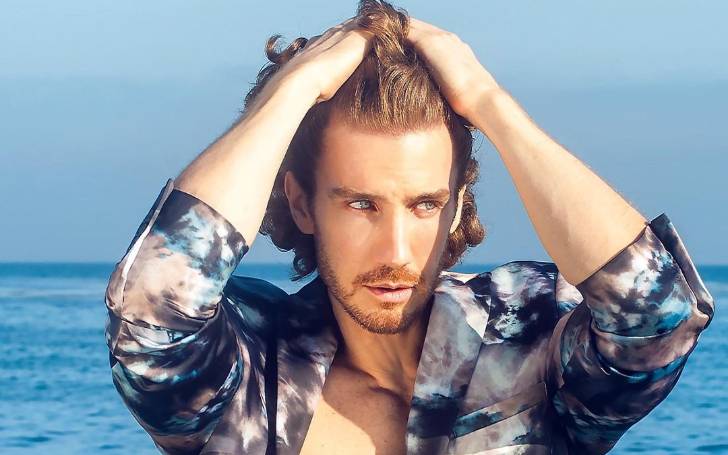 Eugenio Santiago Siller Rodriguez, also known by his stage name, Eugenio Siller is a famous Mexican actor, singer, and model. Further, he was most recognized for his popular novelas Rebelde.

Please scroll down and read the entire article to collect all of his informational data about her life.

Eugenio Siller birth was born Eugenio Santiago Siller Rodriguez on 5 April 1981, in Tampico, a city in the state of Mexico under the birth sign of Aries.

As per nationality, he is of Mexican citizen with a white ethnic background and was born to Mexican parents.

Likewise, he was born to well-maintained family background. Moreover, his parents raised him with much care and love from his childhood.

Furthermore, he grew up in a loving and friendly environment alongside two siblings named Mundo, older than Eugenio.

Regarding his academic background and qualification, it seems that he is a well-educated and certified star.

Additionally, he enrolled at the university to graduate from CEA, an acting school in Mexico. Talking about his mother and father is not available on social media.

Siller started his profession as an actor in various commercial, musical comedies, and theater productions.

Apart from this, he became part of the singing group named Klishe with his elder brother, Mundo, and two more friends in 1998.

After they created, an eponymous duo identified Canela, who later had a modeling work in Italy. Despite that, he became fascinated with acting in 2005.

Later a year in 2006, he had a breakthrough part in Rebelde, a Mexican telenovela, playing the role of Luciano.

Similarly, he was cast in the hit teen series Codigo Postal, performing the part of a blind man identified as Rafael Rojas Alonso.

More on his Career!

Likewise, in 2009, he starred in the telenovela Mi Pecado in the led role of Julian Huerta Almada, the love interest of Lucrecia Cordoba, acted by his former CEA classmate and friend, Maite Perroni.

From November 2010 to May 2011, he presented the main role of Martin Lobos on the Telemundo-produced telenovela Aurora.

Later, he starred in Telemundo’s telenovela Una Maid en Manhattan as Cristobal Parker Salas (Main Hero) with Litzy and the telenovela aired between 2011-2012.

In addition, he stars in Netflix’s Who Killed Sara? as Chema Lazcano (2021).

The musician Siller is living a blissful and single life. Eugenio is a very secret person and keeps his personal life far from the spotlight.

Moreover, Eugenio is focusing on his professional life and career, and he has kept his personal life private rather than being in love affairs.

Despite this, he is a handsome man with a charming personality.

Further, he is not dating anybody now, and there is no information about his past relationship.

The 41 years-old Siller has an approximated net worth of around $1.5 million as of 2022. The main source of income is being an actor and a singer. Another American Vocalist, Model, and Celebrity Partner, Kahara Hodges hold a net worth of $500 Thousand.

Also, he has gained a huge amount of income through his professional career but has not revealed it to the public.

Furthermore, being a famous artist has gained both name and fame from her wonderful professional career.

Being a celebrity has been involved in many advertisements and endorsements from which he adds extra fortune to her bank account.

For more articles on Mexican actors and singers follow Allstarbio.