Who Is Jonathan Berkery? Know His Relationship Status and Early Life 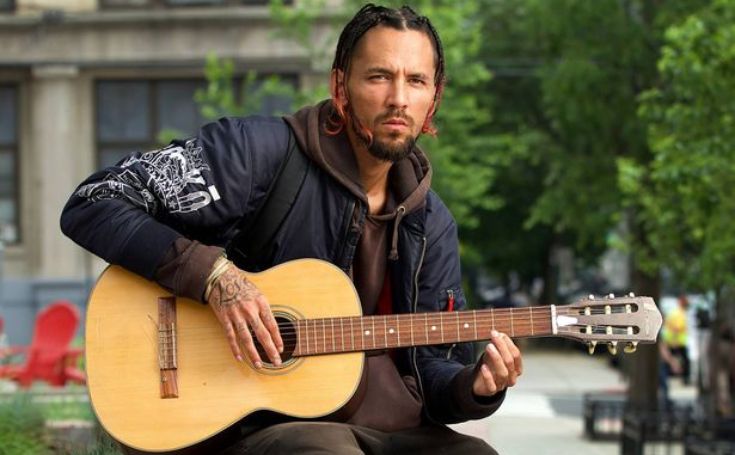 Today we will talk about the prominent person who became able to write his name in the field of music field with his dedication and industrious nature. The famous musician is none other than Jonathan Berkery, also known by his stage name Jon Jones.

The dashing man, Berkery, is a rising singer mostly known for being the estranged son of the famous Welsh singer and pop star Tom Jones. Further, he is getting traction due to his dad’s songs of the early years. In addition, the hunk pursued his estranged father’s footsteps.

Moreover, Jonathan was in the news after he appealed to Tom to recognize his role as a father, as growing up without a father was difficult for him.

Also, his father, Tom, is one of the biggest music stars alive and has been knighted by the Queen for his services to the music industry.

After the news about Tom’s second son came into the spotlight, many people were willing to know about his younger son Jonathan.

Here are some juicy details related to him that you must know if you consider yourself a fan of Jonathan. So without killing any other time, let’s get into the article and learn all about him, including his bio, age, net worth, and girlfriend.

On 27 June 1988, Jon first stepped onto this earth as Jonathan Berkery, holding the American nationality and belonging to white ethnic background. From a spiritual point of view, he follows the Christianity religion.

Likewise, he was born the youngest son of Tom Jones, but the celebrity kid doesn’t recognize him as a family member.

The man has frequently appealed to his father to recognize him publicly, going as far as saying that he does not want anything from his father but just recognization as his son.

Furthermore, the good-looking man was the product of Tom’s three-day flirting with model Katherine Berkery. Nevertheless, there are ups and downs in his parent’s relationship.

As per some reports, when Mr. Jones was on tour in the USA in October 1987, he was in a brief relationship with Katherine, which led to discovering her pregnancy and the birth of the son named Jonathan in 1988. But, Tom is not sure whose child is in her womb.

Later, there brought a legal battle between Sir Tom and Katherine over the parentage of Jonathan in 1989. So after DNA testing court approved that Mr. Tom Jones is his father; however, Jones denied that and hasn’t shown any interest in meeting his son.

Today, Jonathan Berkery is alienated from his father, and Tom agreed to pay £1,700 monthly for his son’s maintenance until his 18th birthday.

He is the grandson of Thomas Woodward and Freda Jones. Also, the kid has an aunt named Shelia Woodward.

Further, the talented man is a Pop, R&B, soul, country, and gospel genre singer in the same vein.

Similarly, he is also one of the original panel members of The Voice and has led a vicious life, from hitting the big time in the sixties with a string of top ten hits to numerous Las Vegas concerts, meeting Elvis, and living knighted by the Queen in 2005.

Furthermore, Tom began his professional career with a string of top-ten hits in the mid-1960s.

Subsequently, the entertainer often toured Las Vegas (1967-2011) for his appearances and his voice is praised as a full-throated, robust baritone by AllMusic.

On 26 July 2010, he released his Praise & Blame album, consisting of the gospel and blues songs. Later in 2021, Thomas announced his forthcoming covers album, Surrounded by Time.

Thirty-three years old handsome hunk is the kind of person who doesn’t love to flaunt his personal life in front of the media on a daily basis.

It seems that he prefers to hide from the limelight and live as a simple man.

Until now, not much is known about his past relationships or any girlfriend. Berkery is reluctant to speak about his affair, girlfriend or anything related to his private information.

The media has not dug really deep into his personal life as he likes to keep to himself away from the media as far as possible.

His Father’s Other Relationship

Well! Mr. Jonathan’s dad Sir Tom married his girlfriend, Linda Trenchard, in the year 1957. In addition to this, when both of them were expecting a child together, the two were aged 17.

Woodward disclosed how he fell for Linda when they were just 12 years old In his autobiography Over the Top and Back.

Besides, the lovebird had happily lived together in a £6.5million mansion in Los Angeles until Trenchard passed away in 2016 after a short but fierce battle with cancer.

Does Jonathan Berkey Have Any Siblings?

Yes, the celebrity child Berkery has a half-brother from his father’s first wife. Tom became a proud father of his son Mark Jones with his late wife Linda shortly after their wedding in 1957.

Nonetheless, the two brothers are not in contact yet.

His brother, Mark, followed his father’s footsteps in the music industry and became his father’s manager in the 1980s.

Meanwhile, Tom is grandfather to his son Mark’s two children, Alex, age 39, and Emma, 35. Additionally, Alex once represented Wales in the Commonwealth Games as a full bore rifle shooter.

A year after Sir Tom’s wife Linda left this world, the rumor arose that the musician was linked to his close friend, Priscilla Presley, widow of music icon Elvis Presley.

In the year 2017, rumors of romance emerged when Thomas and Priscilla were spotted together at a Hollywood restaurant.

The two got to know each other in the late sixties through their friend Elvis, to who she was married from 1967 until their divorce in 1973.

Regardless, John denied the rumors telling them that they were just friends and had known her for years.

Speaking about Jonathan’s net worth, the charming man hasn’t said anything regarding his earnings and net worth like his other personal stuff.

His net worth is still unknown to many of his fans to date. However, the star is earning a tremendous amount of money from his singing career.

Nevertheless, we know that the fellow belongs to a wealthy family. His father, the legendary singer Tom Jones’s net worth, on the other hand, is around $300million.

The musician and lead vocalist has recently garnered a lot of fame for himself. Tom has acquired a great fortune throughout his musical career and has sold more than 100 million records throughout his career.

Jones has had thirty-six Top forty hits in the United Kingdom and nineteen in the United States. His remarkable songs include “What’s New Pussycat,” “It’s Not Unusual,” “Delilah,” and “Green, Green Grass of Hometown. Apart from music, he also appeared in numerous TV shows & movies.

For More Mesmerizing Bios On Your Favourite Celebrity Kids!!!