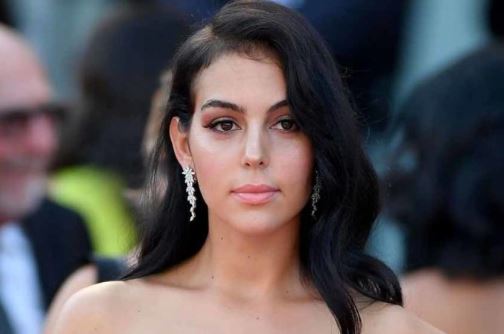 Georgina Rodriguez is one of the luckiest women on the planet for having an intimate relationship with popular footballers of all time Cristiano Ronaldo. She is a professional model who was featured in the magazine such as Nova Gente, Lux, VIP, Women’s Health, LOVE, and Diva E Donna.

Whereas her husband Cristiano is a Portuguese professional footballer who has played for top clubs like Manchester Uniter, Read Madrid, and currently Juventus. He has won five Ballon dor and four golden balls in a wizard career. If you are one of the fans of Christiano Ronaldo and eager to know about his wife, then this article is for you.

Georgina Rodriguez was born on January 27, 1994, in Buenos Aires, Argentina to father Jorge Rodriguez and mother, Ana Maria Hernandez. Her dad was the kingpin of Cannabis and Cocaine, whereas her mother did any sorts of work which could yield her earning. Apart, her mother raised Georgina and her sister Ivanka Rodriguez. Later Georgina’s mother moved to Spain, where she grew up in Jaca, a city in the Northern part of Spain.

Also, it was not easy growing up for Georgian since she struggled to make ends throughout her teenage life. She worked as a waitress and did domestic jobs in her hometown. Fortunately, her life changed when the family for whom she was working moved to Bristol, England.

During her time in England, she learned English and attended dancing classes. Gradually with her beautiful appearances and personality, she tried in the model agency after moving to Spain. It is the same country where she met her future husband, Cristiano.

Currently, 26 is a partner of footballer Cristiana Ronaldo. Although the couple has not married, officially, they share a relation above to that of marriage. Georgina met Ronaldo at the age of 21 when she worked at an event of the Dolce and Gabbana event in 2016. As per reports, they saw each other and kicked off immediately. Upon that incident, news spread like a bush fire due to which she had to quit her job at the fashion store due to Paparazzi.

Later, her profile changed overnight since she became a partner of the greatest footballer from being a storekeeper. Ronaldo is ten years older than Georgina but that did not make any difference. The couple happily lives together and is often praised by their fans for her loyalty and constant support to Cristiano. Also, she can often be seen during his games alongside her children.

Georgina is already a mother of four children at age 26. Although she is the biological mother of one child with Cristiano, the model treats all the other kids as her own. Their son, Cristiano Ronaldo Jr born in 2010, but the details about his mother is unknown. Until now, his father has not mentioned a single word about Jr’s mother and has promised to tell him when he grows big enough to understand.

Additionally, the couple has two twin kids Eva Maria and Mateo Ronaldo, born in 2017. The twins were born through surrogation. Although many reports suggest, the twins were from Georgina’s partner relation with Russian model Ivanka Shayk, until now, there is no official confirmation.

Moreover, Rodriguez became the mother of a daughter with her partner in 2017. The couple welcomed their sign of love a daughter, Alana Martina, in 2017. Although she already became mother, four kids, her partner Ronaldo has plans to have seven kids resembling his jersey number 7. So far, the couple is living a marital life along with their four children.

Georgina has accumulated a fortune of $10 million from her career as a model. She appeared in magazines such as VIP Magazine, Love. Nova Gente, Lux, Diva E Donna. She earns around $50,000 for featuring in a magazine, which is unusual for models, but her popularity because of her link with Cristiano makes her a big name. Also, she wears accessories worth thousands of dollars. For instance, at one time, she wore $1.5 million worth diamond jewelry, which made fans wonder about Ronaldo’s weakness.

However, when her earning is compared to Cristiano’s, it fades since he has a net worth of $460 million. He earns $64 million annually from Juventus and considered as greatest alongside Thiago Messi, dad Lionel Messi. He has signed a $1 billion “lifetime” deal with Nike. Specific terms of the deal are not yet known, but it is believed that the deal came with a $100 million signing bonus. Also, he has numerous houses in different countries such as Spain, England, Portugal worth $14 million.