Today we are going to talk about the actor who is popular for his role as Wolfgang on the Nickelodeon series The Thundermans. After the popularity, he portrayed the role of Dr. Levi Schmitt on ABC’s Grey’s Anatomy as well. The actor that we are talking about is none other than Jake Borelli.

So far, Borelli has worked in a number of movies and TV series. What is Borelli’s height? Who is Jake’s partner? Is Borelli married? If you want to know more about his biography, we suggest you read the whole article.

Who Is Jake Borelli? His Bio & Wiki

Jake Borelli was born on 13th May 1991, in Ohio. His mother is Linda Borelli and father is Mike Borelli. He has two older brothers named Ben Borelli and Zack Borelli. Borelli belongs to American nationality and holds white ethnicity.

Borelli graduated from Upper Arlington High School in 2009. He was accepted by the University of California, Los Angeles, and Ohio State University but the star decided to move to Los Angeles to pursue his acting career.

As soon as he moved to Los Angeles, Borelli quickly got a supporting role in television shows such as iCarly, Parenthood, NCIS: Los Angeles, True Jackson, VP, Greek, and Suburgatory. Jake further appeared in a number of short films.

Borelli got a role in the Netflix comedy-drama film Reality High in 2017. The same year it was announced that the actor would be playing intern Dr. Levi Schmitt on Grey’s Anatomy. Borelli has a very flourishing career ahead as the movies he has worked in are doing exceptionally well in the entertainment industry.

Borelli’s age is 27 as of 2019. Grey’s Anatomy‘s actor Borell has an impressive height of 5 feet 6 inches tall. Although there are no further details about Jake’s body measurement and weight we must say he has a very sexy body type. The secret behind his perfect body might be the daily exercise he performs and the balanced diet he consumes. Borelli has a brown hair color and deep green eyes.

Who Is Jake Borelli’s Partner?

As for now, Jake is not romantically involved with anyone. The 27 years old American actor Borelli came to be gay in November 2018, moments after the airing of the 6th episode of Grey’s Anatomy Season 15 where his character, Dr. Levi Schmitt, came out as gay. Borelli revealed about his sexuality via Instagram.

As a gay guy myself, tonight's episode was so special to me. This is exactly the kind of story I craved as a young gay kid growing up in Ohio, and it blows my mind that I'm able to bring life to Dr. Levi Schmitt as he begins to grapple with his own sexuality this season on Grey’s Anatomy. His vulnerability and courage inspire me every day, and I hope he can do the same for you. To all of you who feel like little Levis out there, know that I do too, that you are seen, and that we're all in this together. And to everyone who has supported me over the years, I can't thank you enough, and I love you more than all the stars…

Although Jake came out from his shell, the star hasn’t revealed whether he is still single or dating anyone of his interest. The actor might be single or in a loving relationship of his own gender. We cannot really confirm the news of him dating anytime soon due to the uncertainty in the news.

How Much Is Jake Borelli’s Net Worth?

Jake Borelli’s net worth is $1 million as of 2019. He is active in the entertainment industry for over a decade and has appeared in several movies and TV series. Furthermore, Borelli has several upcoming projects which will aid him in earning more money.

The actor has a skyrocketing career due to his spectacular acting skills. Although Jake has earned a pretty huge amount of money, he is yet to reveal the details about the house he owns and the cars he rides. 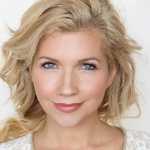 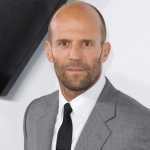