Jason Statham is an English actor and film producer who is mostly known for his action-thriller roles and playing tough and Machiavellian characters. Interesting facts is that he is a martial artist and regularly performs his own stage combat and stunts.

Who is his wife? Let’s know about his personal life in this article. Also, be aware of Jason’s net worth that he gathered through his career in the industry.

Jason Statham was born on 26th July 1967, in Shirebrook, Derbyshire, England. His zodiac sign is Leo. He holds British nationality and belongs to white ethnicity.

Statham is the son of Barry Statham (father) and Eileen Yates Statham (mother). His mother was a dancer and father was a street seller. Also, he has a brother named Lee Statham.

While training at London’s Crystal Palace National Sports Centre, Jason began his life in media by modeling for Sports Promotions agency. Eventually, he was signed by multiple lifestyle brands and agencies such as Tommy Hilfiger, Griffin, and Levis during 1996 springs/summer collections.

Jason life took a dramatic turn when he was working for French Connection as a model. A director named Guy Ritchie noticed a talent of the struggling model. He then cast him on his 1998 crime, comedy thriller movie, Lock, Stock, and Two Smoking Barrels.

At that time Statham was paid $6,937 as his salary from his debut movie. He then gradually made himself recognizable in the movie industry starring in a variety of movie. Later on, Statham was cast in the lead role as driver Frank Martin in the action movie The Transporter in which he was responsible for his own stunts.

After his long struggle in the industry, Statham made his cameo appearance in hit movies Fast and Furious 6 at the end. Afterward, he reprised the character as the main antagonist in Fast and Furious 7 starring Vin Diesel, Dwayne Johnson, and many other stars.

In addition to his career, Statham played in others hit blockbusters movies like all sequels of Expendables collaborating along with stars like Sylvester Stallone, Dolph Lundgren, Stone Cold Steve Austin, Arnold Schwarzenegger, Jean-Claude Van Damme, Bruce Willis, and many others.

Jason Statham is working on his next movie Fast & Furious Presents’ Hobbs & Shaw which is releasing on 2nd August 2019. The movie is directed by David Leitch in the production of Dwayne Johnson and Jason Statham himself. Famous WWE champion Roman Reigns is also starring in the movie.

Jason is dating Rosie Huntington-Whiteley since 2010. The couple met on the set of The Expendables. Shortly they became close to each other and started their blissful relaitonship. Late, they became engaged on 10th January 2016. So, their fans are waiting for their wedding and hope to see them as a married couple.

Statham’s wife is an English model, actress, designer, and businesswoman, best known for her work for lingerie retailer Victoria’s Secret. Rosie is a daughter of Fiona, a fitness instructor, and Charles, a chartered surveyor.

On 9th February 2017, Rosie announced that she was pregnant with their first child on her Instagram. After being together for more than half a decade, they welcomed their first child a son, Jack Oscar Statham in June 2017.

Currently, Jason Statham is happily residing with his wife and son in Beverly Hills, California without any news and rumors of separation or having extramarital affairs. Furthermore, he is much an adventurous guy and often enjoys wakeboarding, jet skiing, windsurfing, and rock climbing.

Jason Statham’s Net Worth and Salary

Being active in the industry since 1993, Jason Statham has amassed a good amount of $50 million as his net worth for now. Statham is believed as one of the most popular action actors of all time that is why his net worth is probably equivalent considering the fact. Also, the increment on his property is expected in upcoming years.

Most of the movies Jason Statham portrayed has been the greatest hit and has grossed millions at the box office. For instance;

On 2nd August 2019, his upcoming movie Fast & Furious Presents: Hobbs & Shaw is releasing. Its trailer is already out on YouTube.

Jason’s age is 51 years as of 2019 and still looks very fit. Even though at his early 50s, he has well maintained his body physics. Looking at his body features, you won’t deny the fact that Statham is a martial artist.

#bottlecapchallenge #challengeaccepted @erlsn.acr This thing landed on my head from @johnmayer but will quickly go to a couple of fellas we’ve seen do push ups badly. All yours @guyritchie and @jmoontasri

Statham is an inch taller than her wife, Rosie. He stands at a height of 1.77 m (5 feet 8 inch) and weighs around 172 lbs (78 kg). Similarly, he looks amazing with Hazel eyes and a manly looking face. 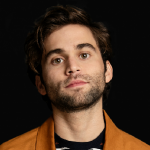