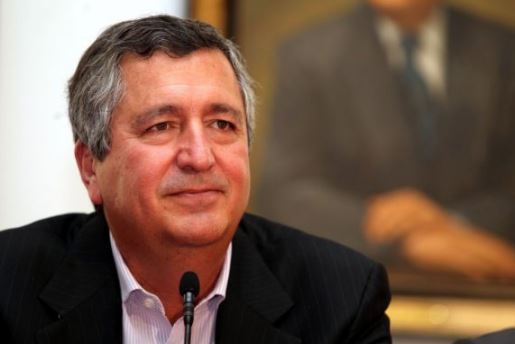 Everyone wants to leave their name in the world even after death. Jorge Vergara also struggled for his career and was successfully established his career as a Mexican businessman and film producer. He died at the age of 64 after founding the multi-level marketing company, Grupo Omnilife. He also owned a football team, Saprissa between 2003 and 2011.

The late businessman, Jorge was married twice in his life. He also shared six children with both of his wives. The famous star spent a lavish life till he was alive. As a matter of fact, he left a net worth of $1.5 Billion after his death. Let’s discuss his biography in the lower sections.

Born and raised in Guadalajara, Mexico, Jorge Vergara was born in a middle-class family. At an early age, Jorge stepped out on Mexican streets in order to sell tacos. His family has always been there for him even in bad situations.

After some time, Jorge met John Peterson with whom he began selling dietary supplements of Herbalife in Mexico. He shortly prepared government approval for the company to sell its products. After getting the ideas and understanding the marketing business deals, he founded Grupo Omnilife, a multi-level marketing company in 1991.

Talking about the present, the company has over 5.2 million distributors of Omnilife products in around 22 countries. The company makes annual sales of $4.2 Billion per year.

The late founder of The Omnilife Grupo, Jorge Vergara was also active in the film industry as a film producer. He began producing movies after meeting Alfonso Cuaron, a film director in 1999. Also, he had opened a production company titled Producciones Anhelo. He co-produced The Devil’s Backbone.

The multi-talented, Jorge Vergara had it all that he wanted in his life. On one side, he was active in the business field as the founder of The Grupo Omnilife Marketing Company. On the other side, he owned the football club named C.D. Guadalajara.

On 15th November 2019, Jorge left the world due to a sudden heart attack. During his death, it was Friday and he was 64 years old. On the death of his father, his son, Amaury stated:

With deep sadness and pain in my heart, I communicate to you that my father, Jorge Carlos Vergara Madrigal, passed from this life due to cardiac failure.

At that time, Jorge’s family told the media that his funeral will be held in Guadalajara where he was actually born. May his soul rest in peace!

The late businessman, Jorge Vergara was married two times in his life. Before his death, he was first married to Angelica Fuentes Tellez whom he had divorced on 21st September 2015. In the year 2017, he married Rossana Lerdo de Tejada. Their marriage ceremony was held on 10th June.

After the death of their father, the younger Vergara wrote:

We honor my father the way he always taught us with his example: working day in and day out, taking care of others and reaching our dreams.

Though Jorge is now far from the world, he has left enough for his family to live a lavish life. For now, his children are spending a proud life.

Until his death in 2019, Jorge Vergara accumulated a huge amount of money from his company, Grupo Omnilife. He had founded the company with a $10,000 borrowed money. However, the company now makes an annual sales of $4.2 Billion. As per various sources, he had an estimated net worth of $1.5 Billion before his death. He family must be using his amount and having a lavish life at present.