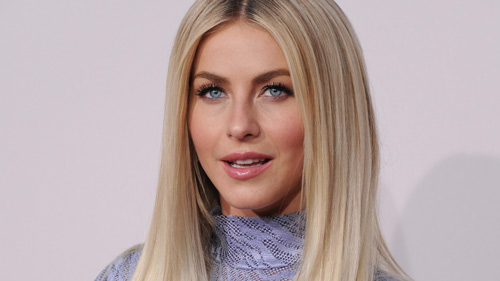 Julianne Hough is an American dancer, actress, and singer who is well known for being on the reality competition show, Dancing With the Stars. Moreover, she is a two-time professional champion of ABC’s Dancing with the Stars and was also nominated for a Creative Arts Primetime Emmy for Outstanding Choreography in season 5 of the show in 2007.

Hough has maintained a handsome salary and earns an impressive salary from her profession. Besides, she dated Ryan Seacrest for a decade and later married Brooks Laich, an Ice hockey player. If you love to know more in detail about Hough’s career and her personal life, net worth, and height, read the biography of Julianne Hough.

Julianne Hough is one of the multi-talented personalities in the entertainment industry. Moreover, she starred in the 2013 romance film Safe Haven, which was based on the novel of the same name by Nicholas Sparks. She also released an award-winning album that hit #1 on the Billboard Country charts.

She has four siblings: three older sisters, Sharee Hough, Marabeth Hough, and Katherine Hough and one older brother, Derek Hough, who’s also a veteran and champion on Dancing With the Stars.

Hough and her brother, Derek, opened their group, 2B1G, after joining the Italia Conti Academy of Theatre Arts. After returning to America, Hough joined Las Vegas Academy and Alta High School for graduation.

Born on 20th July 1988, Julianne Hough is currently busy spending her early thirties. Talking about her age, she was 31 years old in 2019. The 31-years old, Hough enjoys her birthday (natal day) every 20th of July. Thus, her zodiac sign (birth sign) is Cancer.

The people born with the constellation sign Cancer are extremely intuitive and compassionate. Also, they are emotional but loyal to other people.

As we previously mentioned, Julianne Hough grew up with her four siblings. Her brother, Derek Hough, is an American professional Latin and ballroom dancer, actor and singer. The 34-years old actor has appeared in many TV films, and series, including Make Your Move (2013), Nashville (2014), and Hairspray Live! (2016).

On the other hand, her sister, Katherine Hough, is an actress and a backup dancer who appeared in the 2011 movie, Footloose. She is currently married to Tony Phillps. Similarly, another sister, Marabeth Hough, was married to Michael Poole, an estate agency service provider, in 2002. Also, she has a son named Aiden Poole.

Furthermore, her elder sister, Sharee Hough, is a flight attendant, dance teacher, and fitness instructor. She has been married to Mark Selman since 2018. She is the mother of six children.

Inside of Julianne Hough’s Career

Talking about Julianne Hough’s profession, Hough started her career at 9. She made her star turn on Season 4th of Dancing With the Stars when she and her celebrity partner, Apolo Ohno, an American short track speed skater, have voted champions that year. Furthermore, she followed up with another win in the 5th season with Indianapolis 500 Brazilian racecar driver, Hélio Castroneves.

Moreover, Hough stayed on for an additional three seasons before pursuing music and acting projects. In 2014, she was invited back as a permanent judge on the hit show after serving as a guest judge in 2013. Like her big brother, Derek, she has made her appearance in the Harry Potter franchise. Moreover, she appeared as an extra in Harry Potter and the Philosopher’s Stone (2001) and almost a decade. Later, she played a dancer in the musical, Burlesque (2010), which boasted Cher and Christina Aguilera as headliners.

Furthermore, Julianne Hough has collaborated with Bobby Bones, Sharna Burgess, DeMarcus Ware, Lindsay Arnold, Milo Manheim, and Witney Carson in the American television series, Dancing with the Stars. Further, Burgess has a net worth of $750k, more than Carson’s net worth of $300k. Moreover, Arnold’s net worth is less than Manheim’s net worth of $5 Million.

Also, Bone has an impressive net worth of $7 Million. Besides the highest-grossing cast, Ware has a net worth of $35 Million as of 2019.

Moreover, the wedding boasted 200 of the couple’s closest family and friends, including Vampire Diaries actress Nina Dobrev, a bridesmaid at her wedding. She also told People about her relationship with Laich that;

“When I introduced Brooks to the lake, he fell in love with this special spot”. “We knew this was where we wanted to raise our family and grow old together”. “It just felt right to be married here.”

Hough and Laich first met in December 2013 while Laich was playing for the Los Angeles Kings. Later, the couple engaged in 2015. Before Hough’s relationship with Laich, she had famously dated Ryan Seacrest in 2010. However, the couple didn’t last for long, and they split up in 2013.

Besides, Hough hasn’t faced any controversies and debates regarding her personal life. Neither did anything false that someone would raise a finger on her character. Currently, she is living a happy married life with her husband and family. Hence, she is busy with her work while focusing on her career. Connect with Julianne on Instagram.