Whether its NASCAR, IndyCar, IMSA pit or Olympics, Kelli Stavast is a big name in the sports journalism. She works as the Sports reporter for NBC. Kelli covered big tournaments such as the Rio Olympics 2016, Winter Olympics 2018, NASCAR and other Motorsports events.

Kelli Stavast is engaged to a guy named Gavin who proposed her on a romantic evening. Do you want to know more details about the proposal? Scroll below to know more about her.

Who Is Kelli Stavast? Her Bio And Wiki

Kelli was born on 30th January 1980, in Colorado, USA. She grew up with her sister Amanda who is a painter. Kelli is of American Nationality and belongs to White ethnicity.

There is not much information about her parents. Kelli completed her education from Chapman University with a degree in Bachelor in Broadcast Journalism. She is 39-years-old as of 2019.

Kelly started her career right after her graduation from University. She worked with KKCO an NBC affiliate in Colorado as a sports anchor. At first, when Stavast joined sports reporting, she had very little knowledge about sports but she quickly learned about it.

Stavast started her career in motorsports position as part of Championship Off Road Racing. There she worked for both NBC and SPEED. The producers were impressed by her reporting skills and she was offered to host many more sporting events.

Stavast reported tournaments such as NASCAR GRAND-AM, Baja 1000, Lucas Oil Off Road Racing Series, and Stadium Super Trucks for ESPN and Fox. She worked mostly on auto-related shows and events but the highlight in her career came when Stavast reported the Rio Olympics 2016 and Winter Olympics 2018.

Apart from reporting, Kelli also featured in TV Shows like Drive and Road Trip to the Auto Shows.

Who Did Kelli Stavast Get Engaged To?

Kelli Stavast got engaged to a guy named Gavin after dating each other for 15 months. Kurt Busch a driver in motor-sports introduced each other for the first time. Soon after their first meet, the pair began dating. The couple engaged on a birthday trip in Cabo San Lucus. Gavin proposed Kelli with a Diamond Ring at the beach during the sunset and she accepted the proposal.

Closed out 2018 in the best way possible…finally making good on my commitment to marry this incredible man @gavinernstone . Can’t wait to see what the next year holds for us. #kelvin

Although the couple is already engaged, they haven’t mentioned the plans of getting marrie3d. Furthermore, the couple does not have any children as of now. They are living a happy life together.

What Is Kelli Stavast’s Net Worth?

The estimated net worth of Kelli Stavast is at $1.4 million. The major source of income for Kelli comes from her Sports Journalism Career. According to Payscale, the average salary for Sports Journalist is $41,698 per year.

Stavast is working in the industry for long and she is quite popular among the fans. Currently works for NBC. So she might be getting the salary more than $60,000 per year. Moreover, Kelli also featured in TV Shows which was a success from which she added an extra sum of money. 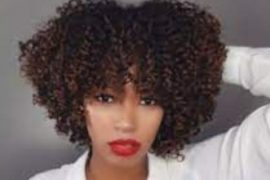