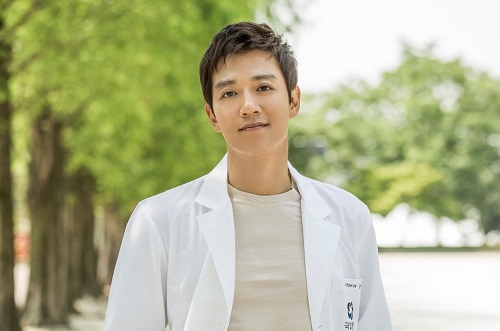 Kim Rae-won is a South Korean actor who rose to fame after playing the role of Lee Kyung-min in the television series, Cats on the Roof. He is also known for his role as Kim Ja-hyo in the drama movie, Plum Blossom. This year, Rae-won will star in the upcoming movie, The Most Ordinary Romance.

Kim’s fans are curious to know about his personal life. So, is he married or still dating? Who is the lucky woman to be his perfect wife? Let’s take a glimpse of Raw-won’s personal life.

Who Is Kim Rae-won? Bio & Wiki

Rae-won developed a strong passion for the arts of acting when he was a child. While studying at college, he participated in various theatrical plays and dramas.

Kim Rae-won started his career from the South Korean television series, Me on MBC network in 1997. Later, he starred on MBC’s Best Theatrical program, Her Flower Pot No. 1 in 1998. Rae-won also appeared in multiple roles in the romantic comedy-drama series, Hometown of Legends in 1999. Likewise, his other television works are My Love Patzzi, Doctors, and so on.

Check out the five surprising facts about Kim Rae-won

Rae-won made his appearance in the South Korean film, Scent of a Man where he played the role of young, Kwon Hyuk-soo in 1998. Further, he acted in Kwak Ji-kyoon‘s coming of age movie, Plum Blossom in 2000. Similarly, Rae-won also featured in many films, including RV: Resurrected Victims, Insadong Scandal, etc.

How Much Is Kim Rae-won’s Net Worth?

Kim Rae-won has an estimated net worth of $500 Thousand as of 2019. He also makes a lucrative salary between the range of $100 Thousand to $150 Thousand annually. Rae-won also makes a whopping income from his other works which include advertisement, cameo roles, etc.

Rae-won starred with Park Shin-Hye and Lee Sung-Kyung in the South Korean medical drama series, The Doctors. Shin-Hye and Sung-Kyung have a net worth of $3 Million and $5 Million respectively. He also collaborated with many famous stars who have maintained a fruitful wealth.

The 5 feet 11 inches or 1.82 m tall actor Kim Rae-won isn’t married yet. Nevertheless, he was reportedly involved in a physical altercation with a beautiful waitress at a bar located in Gangnam, Seoul. At the time of the incident, Rae-won was drinking with the employees of his former agency, Bless Entertainment.

After the scandal, Rae-won issued a denial, claiming he only interceded in a verbal argument between the lady and the agency. Later, he made a public apology regarding the incident. Other than this, there are no other records of his past and present relationship affairs.

On 14th January 2013, there were some rumors about Rae-won that he came from a very affluent family. But, Rae-won denied while making a guest appearance on the talk show, Healing Camp, and confirmed that he did inherit an apartment unit during middle school. He also borrowed a large sum of money from his grandmother for his acting classes.