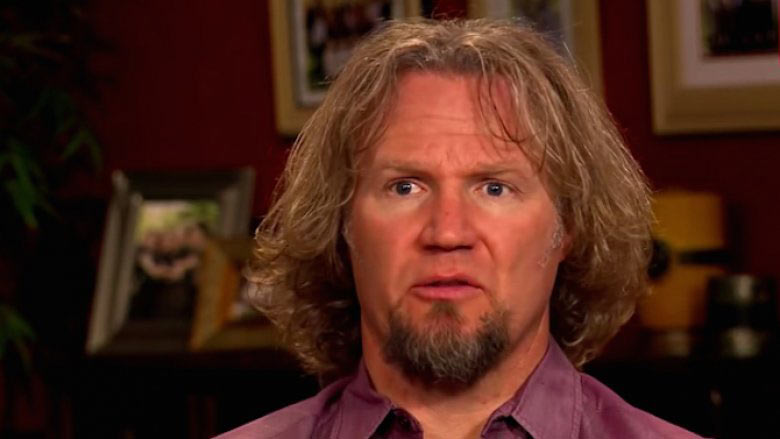 Are you a fan of TLC series Sister Wives? If yes you must be familiar with the name Kody Brown. If not you don’t have to worry we here to make you know who he is. Before rising to fame he worked as an advertising salesman in Utah. The first season of Sister Wives follows him and Robyn Sullivan his fourth wife.

The most astonishing facts about him is, he has nine siblings all together. Not only that but he himself has 15 biological children and 3 non-biological children from his four wives. If you want to know more about him and how his show is doing then stay tuned to us until the end. We will make sure to provide you with all the information about the star.

Kody was born on January 20, 1969, in the United States of America. Talking about his family member, he is the son of  William and Genielle Brown. His father was a polygamist and has 10 children altogether with three different wives. Kody was initially an advertising Salesman before he became a reality TV personality. Looking at his biography we can assume he is inspired by his own father for a big family.

Age of 49 and soon to be 50 years old Kody has considerably average body type. He is not only famous but has a pretty face as well. The star has Blonde hair type with blue eyes.

Not only that but he has an attractive persona that easily drags towards him. Maybe his attractive persona is one of the reasons for four women to stick with him. However, she has yet to mention his height, weight and body measurement. Looking at his picture he looks the average body type.

Want To Know About Kody Brown’s Married Life? Know About His Wife & Children

As we have already mentioned he is a married man. He was not married once or twice but for the fourth time. Kody’s four wives are Meri, Janelle Schriever, Christine, and Robyn. From his four wives, he has fathered eighteen children.

Happy to share this ! Repost from @tlc using @RepostRegramApp – The #SisterWives are back! Big changes are coming, and Kody has a plan to lead the family in a whole new direction. Tune in to the season premiere Sunday, January 20 at 8/7c!

Kody met his first wife Meri Barber on December 24, 1989. The same year, reality TV star proposed her and the duo got engaged. They married each other on April 21, 1990. The couple together has one daughter Mariah.

Meri introduced him to Janelle, and they came closer to each other and spiritually married each other on January 20, 1993. She is his second wife of the star. Kody has six children from his second wife Janelle among them two are daughters, and four are sons.

Similarly, Christine Allred is Kody Brown’s third wife. Kody and Christine spiritually married on March 25, 1994, and they also have six children together, one son, and five daughters.

Likewise, Kody met Robyn Sullivan, a divorced mother of three, at a church in 2009 and spiritually married her on May 22, 2010. Kody legally divorced his first wife, Meri in December of 2014, and legally married his fourth wife, Robyn so that he could adopt her three children.

Later the couple had two biological children together. Moreover, Brown has 18 children altogether. All of Kody’s family are happily living together as for now.

From his Tv show, the actor earns a pretty good amount. Kody Brown is the leading actor in his show “Sister Wives” from the beginning of the show.

I had a wonderful opportunity to sit down with The Las Vegas Review Journal recently to talk about our home that are for sale. For more information please feel free to email me at [email protected]

Moreover, Brown has gained colossal fame from the reality show and has earned pretty much wealth. Apart from this Brown also appeared in Wendy: The Wendy Williams Show and The Oprah Winfrey Show.

Kody rose to the fame after his appearance in the series Sisterwives which is focused on his big family. The show would chronicle the lives of their polygamist lifestyle, which was illegal in Utah at the time of the release of the Sister Wives.

On September 8, 2010, the first trailer for the TLC show, Sister Wives, aired. Whereas Sister Wives premiered on TLC on September 26, 2010. The premiere brought the total of 2.3 million viewers.