An American actress and former singer, Khatira Rafiqzada have worked in two films- Chain Letter and Layla. Besides this, she is best known for being the loving wife of an American actor Michael Ealy. Recently, he appeared in 2019 psychological movie, The Intruder.

The United States-born actress, Khatira loves keeping all of her things private. She even doesn’t have her own social media account for public interaction. We have all the details regarding her biography, age, wedding, ethnicity, husband, and son.

Khatira Rafiqzada was born on January 8, 1981, in the United States. As of 2019, Rafiqzada’s age is 38 years. She is of Afghanistan ethnicity. Khatira hasn’t revealed much about her personal information. Details of her education, parents, childhood are unknown to the public. She was born under the star sign of Capricorn.

Every year I am supposed to post how much we love you. Every year you make it easier and less obligatory. We love you more and more for all you do. God is. Love u mommy The R, Hq, & Me #happymamaday #firenze🇮🇹

However, in 2009, Khatira made her appearance on the screen for the first time in the short film Layla as Zola. After that, she appeared in the horror film Chain Letter. In the film, she appeared as Ms. Garrett.

It looks as if, Khatira has taken a break from acting. She is living a low key profile lifestyle because all of the things that are known about Khatira are revealed by her husband Michael.

You might have missed: Maryum Ali Age, Net Worth and Daughter

Beautiful actress, Khatira is a married woman. She is living a happy married life with longtime boyfriend-turned-husband, Michael Ealy. The couple started dating in 2008 and after 4 years of their relationship, they exchanged their wedding vows. The couple married in October 2012 in an exotic ceremony in Los Angeles.

However, their fans never knew about Rafiqzada’s relationship with Ealy until he revealed in December 2012. And the news really came out as a shock to the millions of fans across the world.

In an interview with People Magazine, a representative of Ealy told that Michael wants to enjoy his time as a newlywed with his wife privately. However, he wants to share the news with his fans that he is married and is very happy.

In 2014, Michael told Rolling Out Magazine about his personal life, when he was asked to give advice to other men who may be contemplating marriage. He said:

“People think that you’re supposed to marry your type … well, I didn’t marry my type. It’s much more practical and based in a day-to-day existence. So when you have that, and you’re happy, and you love her, don’t waste time.

He further added that he has learned that the point where he now in his life is the most precious commodity. As nothing, if more precious that then the time because when it runs out, that’s it.

You might have missed: Tasha Cobbs Married, Husband, Songs and Net Worth

As of 2019, the couple is blessed with two children. Their first son Elijah Brown was born on April 18, 2014, and their second daughter was born on November 2016.

The couple shares a strong bond with each other. Although Khatira lives a low key profile lifestyle, her husband often shares pictures of Khatira and children spending holidays with them. We wish the couple to stay together until the end of their life.

Net Worth of Khatira Rafiqzada, Her Earnings and Wealth

Khatira Rafiqzada began her career as an actress in the 2009 movie Chain Letter. As of 2019, she has a net worth of over $500,000, which she earned from acting profession. In addition, she also tried her hand in music and singing. The information regarding her salary and earnings are still unknown.

On the other hand, Khatira’s husband, Michael has a net worth of over $3 Million, as of 2019. He is an actor who is known mostly for his performance in the movies like as Barbershop, 2 Fast 2 Furious, Takers, Think Like a Man, About Last Night, The Perfect Guy and The Intruder.

The beautiful actress, Khatira stands at a height of 1.65 m (5 feet 5 inches) and has a body weight of 120 lbs. Her brown eyes perfectly match her brown hair. 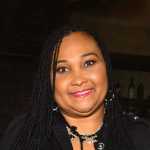 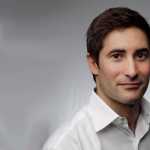