Kurt Busch is an American stock car racing driver and also the 2004 NASCAR Nextel Cup Series champion. Currently, he competes full time in the Monster Energy NASCAR Cup Series driving the No.1 Chevrolet Camaro ZL1 for Chip Ganassi Racing. In addition, Busch is one of the best finishers in his game and also his game has surprised millions of people all over the world.

The 40 years old Kurt is married twice in his life. Though his first marriage didn’t go well, currently he is enjoying his marital relationship with his Ashley Busch. Does the couple share any children? Who is his first wife?

Kurt Busch was born as Kurt Thomas Busch on August 4, 1978, in Las Vegas, Nevada, the United States. His parents are Tom Busch and Gaye Busch. Further, he is the elder brother of Kyle Bush. Growing up Kurt followed his father’s footstep and began driving go-carts himself. As an underage teenager, Busch competed at Dwarf competition winning in just his second race.

As per his nationality, Kurt is American and belongs to white ethnic background. Busch attended Durango High School and after graduating from there he attended the University of Arizona to earn a degree in Pharmacy.

Who Is Kurt Busch’s Wife?

As mentioned above Kurth Busch is a married man and husband of the accomplished model and an entrepreneur Ashley Busch. The couple met each other in 2014. At that time Kurt and Asley were introduced by Ashley’s sister. Although the couple belongs from the different sports they quickly connected through sports.

After dating for several years, Kurt got down on one knee at Ashley’s horse barn on 18th August 2015 and proposed Ashley to marry with him with a Tiffany & Co. stunner. Later Kurt stated that after spending the holidays with Ashely and her family, I felt something growing in my heart and asked her father for his daughter’s hand.

Moreover, the lovebirds celebrated their engagement vacation in Greece. Their wedding planning began almost immediately after their return. Following their engagement, Kurt and Ashley shared the wedding vows on 7th January 2017. Their wedding ceremony was held in St. Bart’s among only 40 close friends and family.

After a week their reception was held in Palm Beach, Florida which was beyond anyone’s expectations!

As of now, the husband and wife are living a happy life. Recently the couple celebrated their second wedding anniversary and Busch wished her husband with a caption “2 years with the love of my life, forever to go”.

2 years with the love of my life, forever to go 🥰❤️ #anniversarytrip

Though the couple is together for 2 years they do not any children. Currently, the couple is focusing on their carry this might be the reason for not having kids.

Past Relationships Of Kurt Busch

Before getting married to Ashley, Kurt has a long list of relationship. He was in a relationship with Patricia Driscoll however the couple could not continue the relationship for long, so they broke up.

Likewise, Bush was in a relationship with Eva Busch who was his first girlfriend. The couple dated each other in 2003 and after dating for three years they shared the wedding vows on 27th July 2006 in Virginia, United States. However, after being together for five years the couple divorced.

The 40 years old Kurt Busch has a net worth of $50 Million including his all properties and incomes as of 2019. In addition, the Busch family’s combined net worth is around $13.4 Billion.

Kurt collected a hefty amount from his career as an American race car driver. Moreover, he was listed on the Forbes magazine as the world highest-paid NASCAR drivers in 2013. The same year Kurth also made an appearance in the 8 spots and earned $12 Million and $9.6 Million salary and winnings.

Excluding his car racing career, Theo is also the brand ambassador for Hugo Boss fragrances for men. Not to forget he appeared in print ads and commercials. His sponsorship deals also add up to his total income.

Just when I think this year couldn’t possibly beat the last.. I love you KB 🥰

Excluding his car racing career, Busch also adds some amount of money from the endorsed by brands like Taylor Giavasis and Sofia Beverly. He seems to promote brands such as Mobile, Ford, Oakley, Rush Truck Centers, HAAS Automation, and State Waters Heaters.

Kurt Busch’s age is 40 years old as of 2019. The handsome and talented boy has a good athletic body build. He stands at the tall height of 5 feet 11 inches and weighs around 150 pounds. Likewise, Busch has brown eyes and black hair. So far there are no other details about his other body measurements.

Kurt Thomas is a successful Amerinca stock car racing driver. He currently completes his full times in the Monster Energy NASCAR Cup Series. In addition, he is also the 2004 NASCAR Nextel Cup Series champion. Busch began his first racing experience in a DWarf car at the age of 14 at Pahrump Valley Speedway.

In addition, Kurt is the main player of his team and his skill, talents led him towards a successful personality. He won several awards including the Food City 500 at Bristol, ROC championship before winning a NASCAR championship. In addition, Busch also won three races during the 2005 season along with nine Top 5s and 18 Top 10 finishes in 34 races. 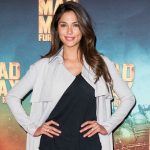 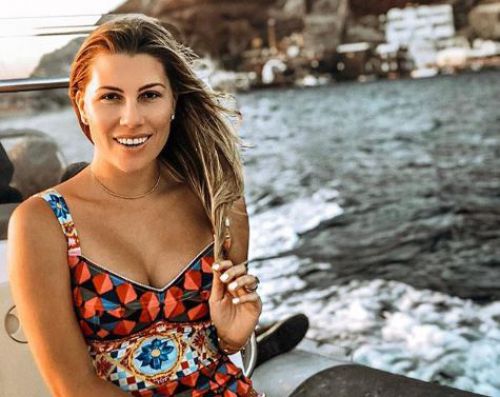 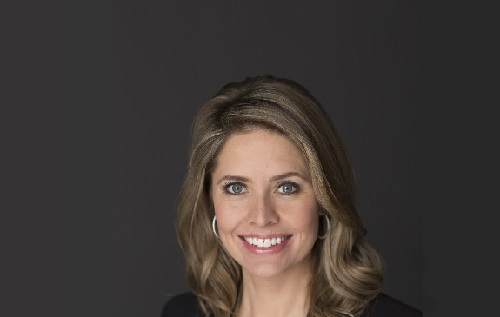