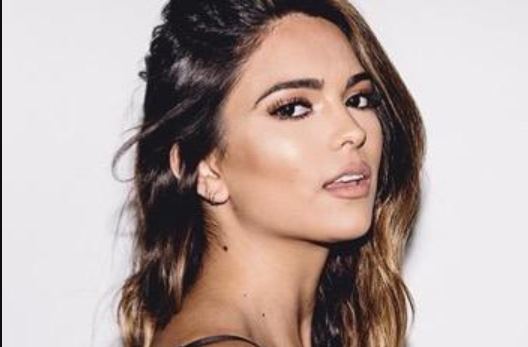 If you are into social media, then you might be familiar with the popular Instagram model, actress, and singer, Kyra Santoro. She is the one who earned representation with MP Management and Untitled Entertainment. Also, she appeared on Fox’s The Orville, and she was featured in several magazines.

Not just that, Santoro is also famous for her outstanding physical appearance and a charming personality.  She has appeared in various big magazines like Playboy, Elle, Maxim Mexico, and Seventeen. Also, Kyra becomes the cover of a magazine called Sports Illustrated Swimsuit in 2016, which made her famous.

Kyra Santoro was born on March 23, 1993, in Calabasas, California, the USA. She was born under the birth sign of Aries, whereas she belongs to Caucasian ethnicity.Santoro grew up alongside her two brothers, but she hasn’t shared the names of her brothers and parents too.

In 2012, Kyra started her career as a model and got represented by a reputable modeling agency called Wilhelmina Models. Later, she was named Miss October by TransWOrld Surf. In between her career, she has signed with two of the most famous modeling agency called Newmark Models and Osbrink Talent Agency. Also,  she got a chance to be a cover model for Sports Illustrated Swimsuit in 2016. From there, she rose to fame, and lots of people got to know her talent.

The 26 years old model is currently single and living a happy life. Previously, she was in a relationship with Brennen Tylor, who is a famous YouTuber as well as an actor. Moreover, the couple dated each other for a long time but later got separated. Santoro and Tylor even shared their relationship on Tylor’s YouTube channel back then.

The couple was in so much love but one fine day, Tylor decided to pull a prank on Santoro. Tylor thought that it was cool to prank Kyra when she was having a tough time which might cheer her up.  But the prank went wrong and suddenly their relationship turned into a breakup. During that time Santoro’s father was suffering from a fourth staged cancer.

It was never fall out of love, cheating or loss of spark, the reason was a prank which made them choose a separate way. It sounds kinda rude and harsh to do a prank when someone is having a tough time. However, the former couple has already solved their problems and decided to move on with their own lives. Currently, Santoro is living a single life and focusing on her career.

How rich is Kyra Santoro?

Kyra has already grabbed a lot of attention and a decent amount from her works. Also, she had grabbed a massive amount of fame and wealth from her career. However, she hasn’t announced her net worth to the public until now. Currently, Kyra has more than 800 thousand followers on her Instagram account and 20 thousand followers on her Twitter account. Also, she has managed to gain around 35 thousand subscribers on her YouTube Channel. That is one massive achievement of her.

Besides modeling, she was also featured in the drama series called The Orville which was written by Seth Macfarlane.  In the drama, she worked alongside famous cast members like Adrianne Palicki, Halston Sage, and Kelly Hu. Thus, calculating all of her income from her entire career she might have an estimated net worth of $700 thousand to $800 thousand.