Halston Sage is an American actress known for her role in the Nickelodeon TV series How to Rock as Grace and also in the American romantic mystery comedy-drama film Paper Towns. In addition, she also played on the NBC TV series Crisis as well as on the Fox series Orville.

The 26 years old star Sage summons a handsome amount of money from her thriving career. Her net worth is estimated to be around $3 Million as of 2019.

Halston Sage was born as Halston Jean Schrage 10th May 1993 in Los Angeles, California under the birth sign Taurus. Sage raised by her parents Lenny Sage and Team Sage along with her younger brother Max Sage and a younger sister Kate Sage. She is Jewish.

At the age of 14, Halston began her career in modeling and later she became an accomplished model. At that time, she excelled at equestrian events in school and also became an editor for her school’s newspaper.

As of now, the actress Sage seems to be in a relationship with Charlie Puth, an American singer-songwriter. Charlie Puth always makes headlines for his relationship both rumored as well as the real ones. The news of Sage and Puth’s relationship came out in September 2018 after Halston flaunted a photo of them together while having fun in the swimming pool.

However, neither Sage nor Charlie has confirmed to be dating each other. So we can not actually know whether the couple is dating or not.

Before Charlie, the actress dated Seth MacFarlane. The pair began their relationship from September 2017 and together they went out for dinner at Sushi Park in West Hollywood. Additionally, the former lovebirds also starred together in 2017 American comedy series The Orville. However, Sage and Seth failed to continue their relationship and later split up.

Furthermore, Halston was also rumored to be dating her Neighbors co-star Zac Efron. Their on-screen chemistry created rumors of them being in a relationship in reality. However, neither Sage nor Efron confirmed to be dating in real life.

Similarly, Halston was also in a relationship with James Maslow. The former girlfriend and boyfriend met each other on the set of How to Rock and since then they began dating. The duo shared their company up to 2015 however they failed to continue the relationship and later broke up.

Also in April 2014, Halston hooked up with Zac Efron. However, their relationship did not last long as they called it off the next month in May 2014.

Being active in the industry since 2011, Halston is able to summon a huge number of fan following. Along with it she also accumulated a handsome amount of money. Her net worth is $3 Million as of 2019. The main source of her income is from her acting career. As an actress, she earns an average annual salary of around $56343.

Additionally, Sage also played in the several hit movies and TV series which are doing really good in the industry. Some of her movies’ box office collection and their budget are listed below.

From these blockbuster movies, Sage undoubtfully received good paycheques. In additon, the actress is still active in the industry so her income will undoubtfully increase in the upcoming days.

Halston Sage receives an impressive amount of money from sponsorship and endorsements deals. On her Instagram account, she seems to promote the brands and company like Alexandra O’Neill, ZIMMERMANN, Vanity Fair and so on. 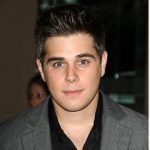 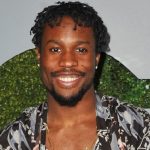