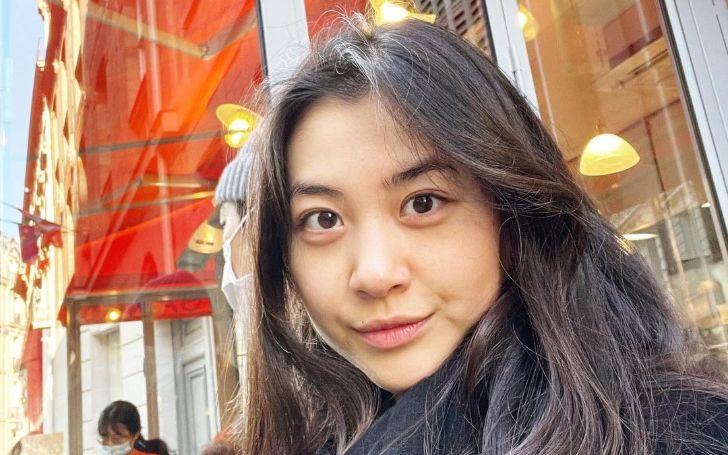 Allstarbio is, here again,  presenting you one of the brilliant and gorgeous rising stars who is none other than Laura Sohn!

Laura Sohn is indeed an incredible actress whose acting skills are undeniable. You’re probably a fan of her if you have seen her in an American crime thriller TV series, The Blacklist.

Actress Laura Sohn plays  Alina Park in the series. What’s more, As per the Screen Rant,  this crime thriller is grounded on a real-life super criminal.

Thus, the gangster was the most wanted for over two decades and recorded in the FBI’s Ten Most Wanted Fugitives in 1999.

In the end, the sources claimed that Bulger and Reddington are not precisely the same.

Further, Know about The Blacklist’s actress, Laura Sohn, as we have gathered some juicy details about her. Don’t miss any line, folks!

How old is Laura Sohn? Know her personal life.

Born on August 1, 1993, Laura Sohn is 28 years old. She was born and raised in New Jersey. Very few remains known about her family background.

Even though the actress is 28 years old, she doesn’t look like one. Sohn’s appearance is captivating as she stands perfectly 5 feet and 4 inches, having dark brown eyes and shiny black hair.

This 28-year-old beauty is a graduate of the prestigious Rutgers University. Besides, She holds a BFA in acting from Mason Gross School of the Arts.

Talking about Laura Sohn’s socials, She is active on Instagram amassing pretty interesting fan followers of 20.7K. In addition, the actor also has a self-titled youtube channel which doesn’t seem to be active yet.

No wonder, Being in showbiz, it takes a lot of courage to be open about your personal life. The Blacklist actress Laura is yet to have the courage.

Onscreen, Laura Sohn is a married woman. Her husband will be Peter, the charming hunk, Colby Lewis. Moreover, the onscreen couple will be pregnant, and sadly, Sohn will be losing her pregnancy.

Are these lovely onscreen couples a couple offscreen? Well, fans have Speculated the pair to be dating in real. Why wouldn’t the fans wonder? They are too cute together!

However, there are no updates from the actors. Thus, we can say that the 28-year-old beauty is single. Besides, she is too pretty to be single, though!

Movies and Networth of Laura Sohn,

Actress Laura Sohn is a newcomer in Hollywood. She started acting after her graduation. Firstly, the actor made her appearance in short films.

Above all,  Laura Sohn is best known for her role as Alina Park in The Blacklist, as we can see how a handful of credits is under Laura Sohn’s belt.

In addition, The Blacklist is Laura Sohn’s first series of regular credits as per the sources. We can see more of Laura Sohn in the coming days!